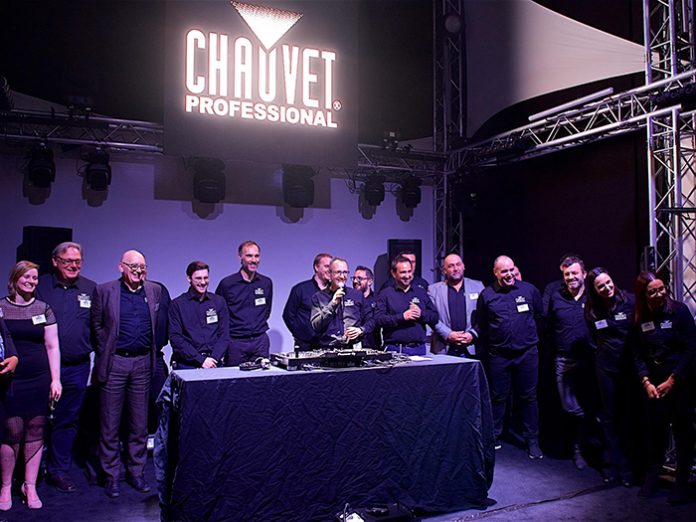 Chauvet capped off the first full year of its French subsidiary’s operation with a gala celebration. Over 100 guests attended the festive event, which was held on March 21 at the company’s French headquarters in the south Paris suburb of Chilly-Mazarin. They enjoyed an evening of food and beverages, live entertainment, games and a firsthand look at the company’s latest offerings, including the new additions to its award-winning Maverick and Ovation series of LED fixtures.

“We were excited to welcome so many accomplished guests from the French entertainment lighting industry, very pleased to see their enthusiasm for our new products,” said Albert Chauvet, CEO of Chauvet. “Since it was launched in 2018, Chauvet France has established a solid following throughout this market.”

Guests at the event also got to tour Chauvet France’s impressive facility, with its two showrooms totaling more than 100m² and its 70m² service department. The spacious showrooms house an extensive array of fixtures from CHAUVET Professional and CHAUVET DJ. “This facility really reflects our commitment to serving the French market at the highest level, both in terms of products and service,” said Michael Brooksbank, General Manager of Chauvet Europe.

Eagerly embraced by the French Market, Chauvet fixtures have been used at events in high- profile venues such as The Louvre and at leading retail establishments like Pirates Cove, as well as at concerts, schools and live music venues. “This has been a very good year for us in France,” said Martin Fournier, European Sales Director of Chauvet. “Inspired to do better, our entire team intends to build on this success.”