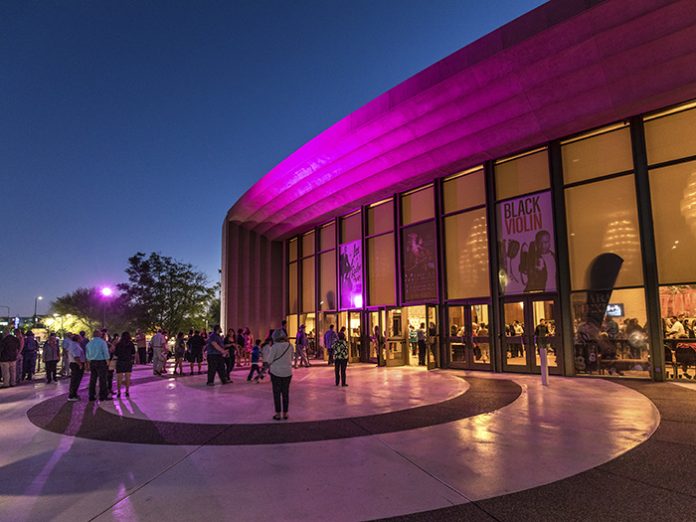 The Chandler Centre for the Arts (CCA) in Chandler, Arizona has recently completed the installation of a next generation CODA Audio AiRAY system. The product of community support, world class architects, designers and acousticians, the centre opened in 1989 and operates as a shared facility between the City and its Unified School District. This unique and versatile venue plays an important role in the cultural enrichment of the city and delivers a broad range of programming that includes concerts, dance, drama, comedy and much more. Its main auditorium has an overall seating capacity of 1,500.

In keeping with its ethos of delivering excellence in every quarter, the centre had for some time been seeking to upgrade its audio system. With the CCA’s growing reputation attracting promoters and performers on a national scale, Senior Production Coordinator Dean Hannula was tasked with the project of finding a system to match the highest standards. During the course of a year, Dean, working with Sound Image Tempe, arranged auditions of several industry-leading loudspeaker systems and CODA Audio was the last potential system to be tested. CODA Audio USA deployed its flagship AiRAY system into the venue and demonstrated its impact, quality and coverage within the context of a number of actual live performances. Following discussions within the CCA’s technical team and consultations with venue-wide stakeholders, CODA became the clear first-choice, satisfying the audio priority, whilst improving on expected aesthetic and structural requirements.

The Chandler Centre’s Senior Production Coordinator, Dean Hannula was in no doubt that the team had made the right choice: “The musicality and clarity of AiRAY, combined with the power and stunning imaging that they output, is truly remarkable. After the system demonstrations, the decision was an easy one to make and the reaction since the very first show has fully justified our choice!”

CODA Audio’s compact and lightweight state-of-the-art AiRAY line-array was installed. The principal system comprises 8 x AiRAY per side (3 at the top of each array at 90° and 5 at 120°) with 8 x SCV subs in an arc below the stage. CODA Audio’s coupler technology allows seamless control of the different dispersions, fitting the uniquely shaped theatre to a T. Off axis control and gain before feedback are also crucial in this application – AiRAY shines in both cases.

Luke Jenks, Managing Director of CODA Audio USA was understandably very proud of the company’s first installation at a performance venue in the United States: “Our goal at the Chandler Centre, is to bring its patrons as close to the artist as possible by providing a next generation auditory experience that never distracts from the performance. The centre’s programme features a hugely diverse palette of presentations and by selecting CODA Audio’s patented technology, its team has ensured that every occasion will enjoy audiophile fidelity that goes way beyond industry standards. The project succeeded as a result of the excellent work completed by Sound Image and the insightful cooperation of the Chandler team – it was a pleasure working with both.”

The new AiRAY system at the Centre made its official debut in September 2018 when gifted GRAMMY Award winner, Macy Gray, came to town. The response to her customarily brilliant performance from a sell-out crowd was warm and enthusiastic, emotions shared towards CCA’s new CODA Audio sound system by every member of the in-house and visiting technical teams, as Dean confirmed:

“We’ve had a busy month since the system went in and after every show we get the same message, not just from visiting technicians but also from our patrons. Tour engineers remark on the pristine clarity and openness of the system and are amazed by its power – we’ve had some say they barely touched their EQ, such is the AiRAY system’s clarity straight out of the gate. Most importantly, the audience reaction has been incredible, with consistent endorsement from fans of all genres, with many declaring it’s the best sound they’ve ever heard at a live show anywhere. That’s great news for us and also for the artists appearing at the Chandler Centre for the Arts, who can go on stage with the full confidence that they are going to sound like a million dollars!”

The Chandler Centre for the Arts continues to attract national attention as a rising star in the Arizona entertainments firmament – its selection of a CODA Audio system says much about its ambition and offers the United States market its first glimpse of the future of audio.