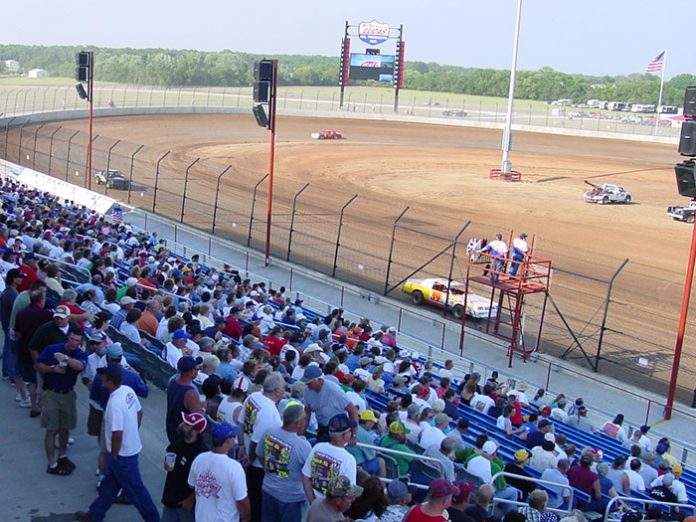 Included in that overhaul was an initial Panaray LT sound system from Bose Professional, chosen for its ability to cut through the noise of race cars and other events such as tractor pulls and monster cars, which regularly reach 120 dB.

“When we first acquired and updated the Speedway, we tested a wide range of sound systems, looking for speakers that could get above the noise but also deliver clear, intelligible announcements,” explains Dan Robinson, General Manager of the Lucas Oil Speedway Motorsports Complex. “The Bose system cut through far better than any other system we tried. It’s literally the best system for this kind of speedway. It had to be, for us to be able to continue to say we have the best track of this type in the United States. You can hear everything clear as a bell.”

Jim Kinkade, Sales Manager at Audio Acoustics, explains: “The client gave us and other contractors the criteria for the system, and we came in with a Bose LT solution that was the only system design that met the customer’s criteria, and the final result exceeded their expectations,” he explains. “In fact, the general manager at the time came back and told me later that the Bose sound system was the only one that they tested that prompted comments from nearby businesses about its volume. He said that’s how he knew he was picking the right system.”

Kinkade says the track is happy with the Bose Professional system and tht the installation has become a source of pride for Audio Acoustics, with several projects on the table now directly attributable to what those prospective clients heard at Lucas Oil Speedway. “It’s become a calling card for us even as it supports the track’s reputation as being the best of its kind in the country,” says Kinkade. “So it’s really helped everyone involved.”