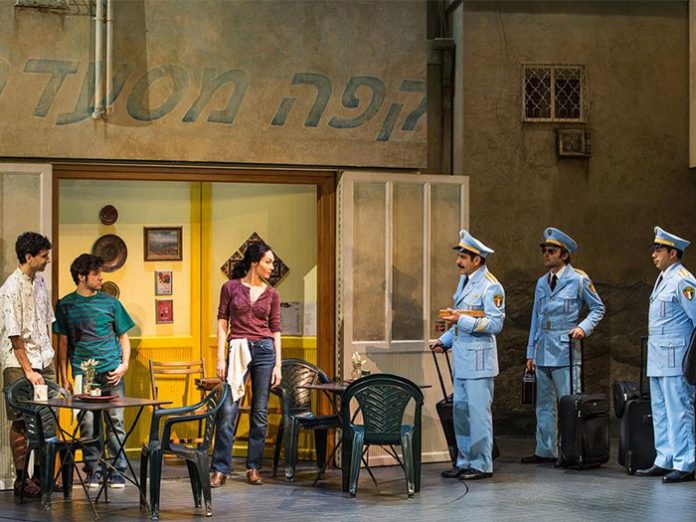 Kai Harada, Sound Designer at the Broadway Musical The Band’s Visit, has won the Tony Award for Best Sound Design in a Musical, including fully object-based 3D sound courtesy of Astro Spatial Audio.

The critically acclaimed show, which opened in November 2017 to rave reviews at Broadway’s Barrymore Theater, tells the story of the Alexandria Ceremonial Police Orchestra’s arrival in Israel for the opening of an Arab Cultural Centre, only to find out that they have boarded the wrong bus to the wrong town – with some inevitably amusing consequences.

The show marked the Broadway debut of Astro Spatial Audio, and Kai Harada was keen to praise the effect that the system had on the show’s sound design. “ASA allowed us to precisely place the instrument source as an audio object within a graphical interface, while it did all the calculations to make it sound correct. Changes to staging were easily accommodated,” he explained. “In addition, having used other acoustic enhancement systems on other shows, I was eager to try the ASA room enhancement to give the illusion that the theatre was a larger acoustic space for some key moments in the show.”

Kai added: “Without the functionality of the ASA system, the sound of The Band’s Visit would have remained two-dimensional. I’m extremely pleased with the results. I am eager to find another show that would lend itself to using Astro Spatial Audio.”

Kai Harada is one of the world’s most respected sound designers, having previously been nominated for a Tony in 2012 for Follies. Astro Spatial Audio Managing Director, Bjorn van Munster, was quick to offer his congratulations: “We are delighted to have contributed to the success of The Band’s Visit, and now this prestigious Tony Award. Kai’s remarkable work on Broadway really deserves this recognition, and for Astro Spatial Audio this is another wonderful demonstration of how our object-based immersive audio solution can create truly innovative and inspired sound designs.”