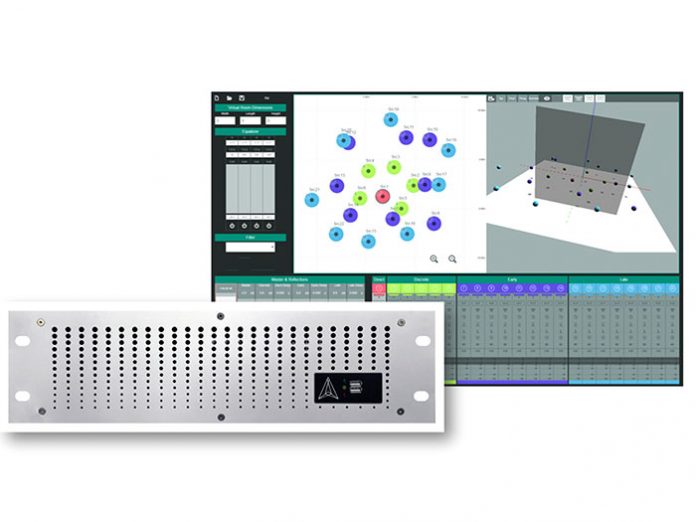 Astro Spatial Audio (ASA), a pioneer in the development of state-of-the-art, 3D audio and room simulation acoustic technology, is pleased to announce it has reached agreement with East Rutherford, NJ-based Masque Sound as the company’s first authorised US dealer. The agreement, inked in partnership with HoughtonLloyd, ASA’s exclusive North American distributor, gives the company a solid footing for quality sales and support services. Masque Sound is one of the nation’s most successful theatrical sound reinforcement, installation and design companies specialising in theatrical, house of worship, sporting, corporate, TV broadcast, and live concert events. Masque Sound has an ASA system on-site for demonstration purposes.

Astro Spatial Audio is the holder of exclusive worldwide rights for SpatialSound Wave Software for the live entertainment industry developed by the Fraunhofer Institute for Digital Media Technology IDMT. This unique audio system facilitates directional production of sounds and acoustic environments without the audience being restricted to preferred seats. The system offers an intuitive user interface, an extended sweet spot, several features for real-time movement and positioning of sound objects. Equally noteworthy, productions can be scaled up or down to different rooms or loudspeaker configurations—free of audible artefacts such as phasing or comb filtering.

John also provided comments: “My initial impression of the system and its technology was that it is very impressive. What I particularly liked was that it is a system offering a family of tools and technologies that can work for live and curated performances as well as serve as an architectural – acoustic adjustable immersive system—allowing for environments to be electronically altered.  This is a powerful tool for designers such as ourselves at WSDG. I particularly enjoyed that it is speaker agnostic.”

Rodger Reeder, President of HoughtonLloyd, offered the following comments about the new Masque Sound agreement, “We are extremely excited about Masque Sound becoming our flagship dealer for Astro Spatial Audio here in the US. Now that Masque has purchased an ASA system for demonstrations at their New Jersey facility, this incredible new audio technology can be shared with some of the top audio professionals in the country. We couldn’t be happier about our new relationship with Masque Sound.”

Geoff Shearing, President of Masque Sound, echoes Rodger’s enthusiasm: “We have already seen an incredible response to this product by the sound designers in our community. As a leader in providing innovative solutions to our field, we felt very strongly that we needed to get behind this groundbreaking device. I’m very much looking forward to seeing what new directions this product will take us.”