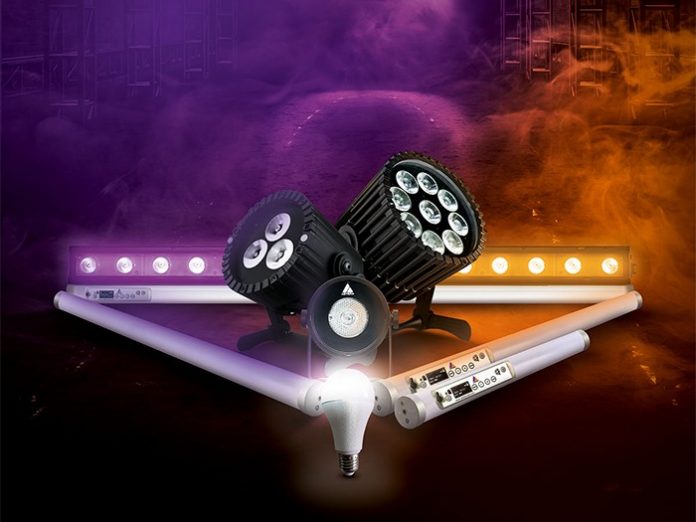 Astera has welcomed four new distributors in Denmark, Finland, Norway, and Sweden reflecting the dynamics, diversity, and potential of these four key Nordic nations. In Denmark, Astera will be represented by Light Partner, Finland it is Oy Lafoy, in Norway Prostage takes up the Astera portfolio and in Sweden, Bellalite takes on the distribution.

The move enables customers in each country to deal directly with a trusted and well-respected local distributor, all of which have been chosen for their reach into both live show and events plus film and TV markets, in addition to its after-sales service and support infrastructures.

“Astera sales to Scandinavia started to take off in 2011,” explained Astera Sales Director Sebastian Bückle. With the volume of business at that time, it made sense to treat the different countries as one region, however, this has consistently expanded, and to encourage further growth, this move “reflects the increase in activity and the value of local market knowledge and connections.”

Established in 1979, Bellalite currently employs 25 people across three regional branches in Gothenburg, Stockholm and Vaxjo, Sweden. “Astera fits perfectly into our product range,” commented Bellalite CEO, Joakim Lundgren. “We love to work with the best products and Astera has been our first choice for many years, so we’re happy and excited to become their Swedish distributor.”

Herning-based Light Partner has distributed premium audio-visual equipment for entertainment, install and the broadcast sectors for almost 30 years and has a great reputation. “We’ve watched Astera’s development for a few years and have been increasingly impressed by their product quality and innovative thinking,” stated Light Partner CEO, Stig Meyer. “Light Partner aims to deliver first-class service and support, and for that, we need a first-class organisation like Astera backing us up.”

Prostage was established in 2008 and now employs 12 talented and enthusiastic staff with a vast aggregate experience and a customer base all over Norway – including AV integrators, contractors, event and rental companies, TV and film studios, houses of worship, theatre and cultural venues. Sales Manager, Carl August Tidemann said: “We’ve wanted to work with Astera for some time, as there has been a huge demand in our market for high-quality battery-operated LED fixtures the last few years.”

Lafoy was established in 2004 and has always worked in film, studio, stage, and entertainment markets, mainly supplying an array of lighting and rigging products / accessories. Oy Lafoy’s Hans Karlsson sees Astera as a “state-of-the-art” brand with great potential for film and TV, but also but also for architectural and architainment projects, especially in the north of the country where new markets and projects are opening due to increased tourism that are demanding good quality IP rated fixtures.

Sebastian concluded: “We have selected all of these partner companies very carefully based on success, shared visions and goals, and I look forward to four extremely positive working relationships across Scandinavia that will bring great results.”