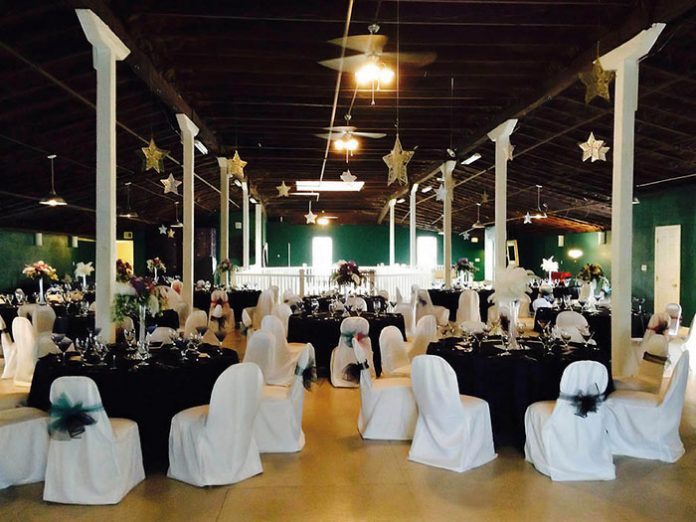 Far from being just another event space, Community Courtyard has a history and aesthetic reaching back to 1850. It was then that a carriage works and livery stable laid its foundation in Plattsburg, Missouri.

In the century that followed, the lovely brick building became a roller skate factory, a car dealership, and a cabinetry shop, but in the 1980s it fell into disrepair. Inspired by its beauty and cultural significance, a local non-profit raised the funds necessary to turn it into a community event space. After two years of extensive renovations, Community Courtyard opened in the late 1990s.

Until this year however, users had to bring their own sound reinforcement systems to their events. Kansas City A/V integration firm Advanced Sound & Communication changed that with a system centreed on an Ashly Audio Pema 4250.70 combo Protea matrix digital processor and four-channel amplifier.

Brent Handy is a Consultant, Designer, and Engineer with Advanced Sound & Communication, which is a sister company to Kansas City’s largest and longest family-owned music store, Big Dude’s Music City.

Brent provided comments on the matter: “They had no house PA, no zoning, nothing. They needed a system that would sound great, but that would require absolutely no technical ability on the part of the user. Moreover, Plattsburg is over an hour-and-a-half away from our office, so we cherry-picked the very best and most reliable equipment to install to prevent service calls. We’ve installed lots of Ashly equipment and several Ashly Pemas, and we’ve had absolutely no problems with any of them. That’s the kind of reliability we want for a job like this.”

As promised, the system is effective and simple. There are just two zones in the 15,000 square-foot facility – one upstairs and one downstairs. Each zone has identical inputs from a Radial Engineering StageBug SB5W Wall-mounted direct box: RCA inputs and a 1/8-inch jack. Moreover, the SB5W has a simple volume control that truly any user can wrap their head around. In addition, each floor has a dedicated AudioTechnica ATW-1322 wireless microphone, which Handy and his crew adjusted to an ideal volume using the Ashly Pema 4250.70’s gain sharing auto-mixing feature. Moreover, the Pema’s ducking function allows the microphone to override the input panel for announcements and pages. The Pema’s four 250-Watt channels power six Community CS6 surface-mount loudspeakers across both floors, with protection from the Pema’s brick wall limiter.

Brett stated that the Ashly Pema was the right choice for this job because it allowed his team to meet their tight budget constraints without compromising functionality or reliability. Together with a rack space for the AudioTechnica receivers, the Pema’s two rack spaces provided a complete system in just three rack spaces with minimal connections and thus minimal points of possible failure. In addition, the Ashly software is easy to work with – and easy to lock any curious knob-turners out. From their perspective, the only button that does anything on the Pema is the power.