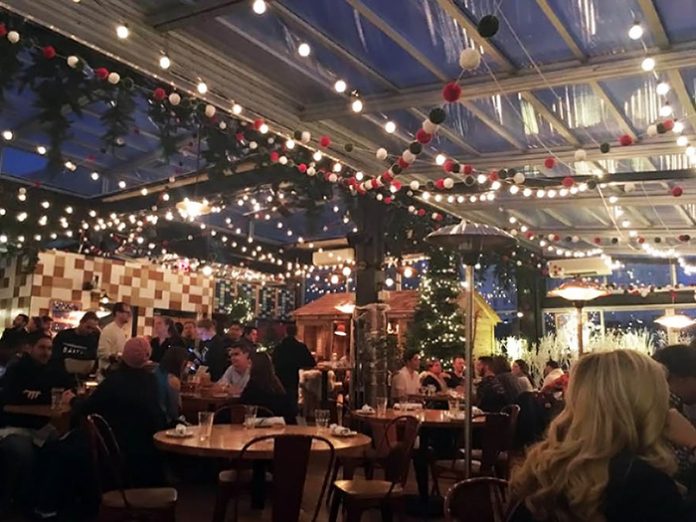 “They already had amplifiers and loudspeakers that were in great shape, but their DSP simply died,” explained David Schwartz, founder and president of Essential Communications. “It was a mess. When we came to inspect the system, the staff had managed to hook up their iPod directly to the amps, which was a bigger problem than it might be for a different restaurant because La Birreria had different outdoor zone configurations, along with very different zone processing needs.”

One Ashly ne24.24M tightened things up. “Although there are three zones from the end-user’s perspective, we actually needed eight,” Schwartz said. “We had to separately EQ the different heights and orientations of the loudspeakers. This was as far from a ‘broad brush stroke’ approach as you could get! I like using Ashly’s Protea DSP, which is common across all of the dedicated processors and DSP-enabled amps that we use, because it sounds great, it’s cost effective, it’s simple to program, and it has all the DSP features I need.”

The IT closet and the audio equipment rack reside three floors below the restaurant, which presented a user-control challenge for Essential Communications. “Ashly’s network-ready neWR-5 programmable wall panel remote was the ideal solution,” said Schwartz. “There was existing CAT5 wiring between the IT closet and the restaurant, which allowed us to tie in the three neWR-5s without running any new cables. And of course, the neWR-5 works flawlessly with the ne24.24M’s Protea DSP. For small and intermediate sized jobs like this, having Ashly’s well thought out user interfaces is super important. I don’t want to spend all of my limited time programming an overly complicated DSP, and I certainly don’t want to bring in a third-party user control; that invariably takes the job to a whole new level that the customer doesn’t want to pay for. It’s much simpler and cost effective to use Ashly’s proven DSP and user interface system!”