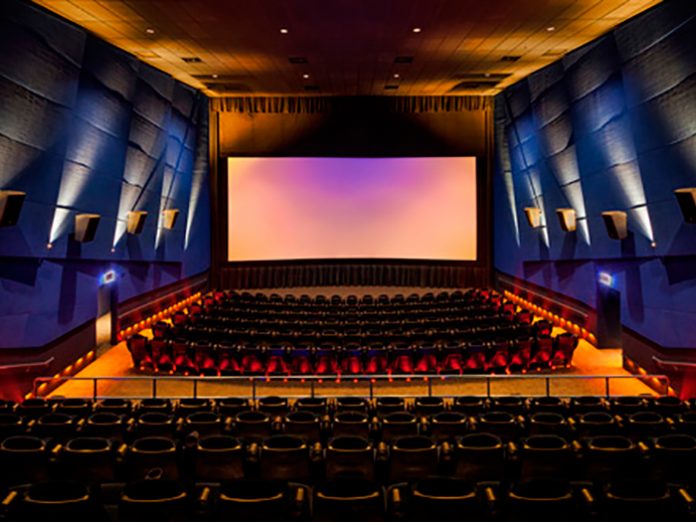 “We were very happy with the results in La Jolla,” remarks Joe Miraglia, ArcLight’s director of design, construction and facilities. “We continue to see Meyer Sound as the premium brand for cinema audio, offering a superior level of quality that our guests appreciate”.

All four screens feature Dolby Atmos immersive sound. “The dynamic range of the content coming out now is much more demanding on the audio system,” continues Miraglia, “and Meyer Sound provides optimum performance by pairing the amplifiers inside the loudspeakers. We think that is the best solution going for Atmos.”

Meyer Sound offers complete line of self-powered cinema loudspeakers, with all surround loudspeakers employing Meyer Sound’s proprietary IntelligentDC technology. By using remote DC power supplies, IntelligentDC affords all the benefits of self-powered systems – including true bi-amplification in the surrounds – with the cost-efficiency of one-cable installation and no requirements for conduit in most code jurisdictions.

“With the Meyer Sound systems you experience the soundtrack the way it was created on the final dubbing stage,” notes Miraglia. “We’ve been told by creative people in the film industry that with these systems they can hear the sound exactly as the creators intended. We believe that level of premium sound is one more reason why people choose to come to ArcLight.”

All three new screens also feature Christie 4230 4K digital projection and Dolby 3D technology. The screen sizes range from 53’ to 60’, with auditorium capacities between 220 and 280.

Owned and operated by the Los Angeles-based Decurion Corporation, ArcLight Cinemas operates at eight locations in three states, with further expansion planned in the near future. ArcLight’s premium amenities also include a café and bar, art exhibits, a gift shop, and a membership program which now claims more than 500,000 participants.