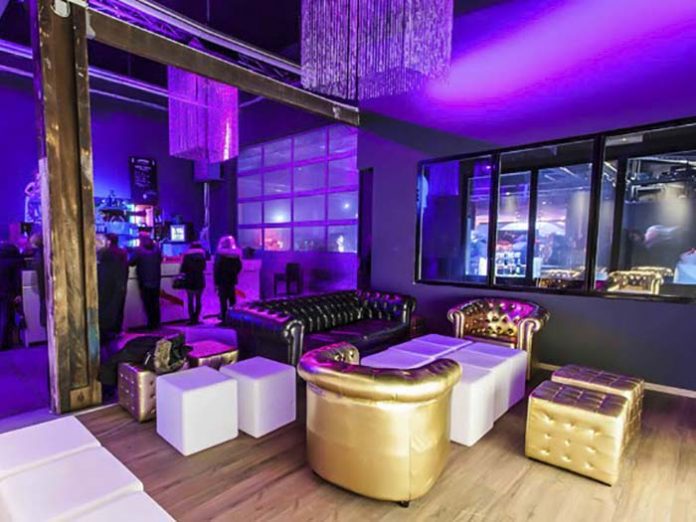 Village du soir is the first installation in Switzerland to be completed with Apia products. The project was overseen by Radio Materiel, Apia’s exclusive Swiss distributor and was installed by Switch Vibration.

Village du soir is a combination of rehabilitated industrial spaces and transformed into a trend village dedicated to entertainment and contemporary music which is situated close the stadium ‘La Praille’ in Geneva.

The decision to opt for Apia’s AXI series came from a need for clean aesthetics combined with a powerful and clear sound. Village du soir has three main areas, L’Epicerie – La Carrosserie – La Distillerie, on two floors. The main floor (La Carrosserie – 288 sq metres) there is a stage and concert hall for live music and a dancefloor. Here the installation consisted of 16 AXI-S self-powered systems mounted on flown truss and four AXI-Sub self-powered subwoofer systems in cardio configuration mode. On the second floor (La Distillerie – 207 sq metres) the installation consisted of five AXI-S systems and one AXI-Sub. APNET, APIA’s network manager software, was used for all tuning and sound dynamics for the systems used.

A spokesperson from Radio Material commented: “The AXI-S systems, with it’s accessories, were very easy to install and the coverage sound was perfect, just as we programmed it to be with the EASE FOCUS in pre-instalation.”