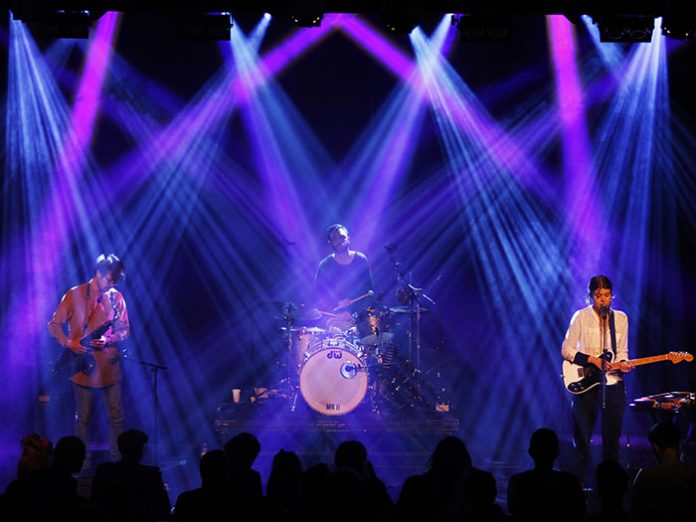 Musikhuset Aarhus – also known as Aarhus Concert Hall – in Aarhus, Denmark, is the latest in a number of high profile theatre venues in Scandinavia to invest in Robe, with a substantial purchase of 78 x Spiider LED wash beam fixtures.

These are primarily designated for use in their main hall where there will be “workhorse fixtures’ explained head of lighting Ole Nielsen. Located right in the centre of Denmark’s ‘second city’, Musikhuset is a major music venue and features five principal auditoriums – a 1600 capacity Stor Sal (Main Hall); the 1200 seater Symfonisk Sal (Symphonic Hall); the Lille Sal (Small Hall) with capacity of 300, the Rytmisk Sal (Rhythmic Hall) a flexible space that can accommodate 500 seated or 1000 standing, and where most of the rock and electronic music shows are staged. The Kammermusiksalen hosts chamber music recitals.

It’s an exceptionally busy and vibrant environment staging over 1200 events a year and entertaining around 600,000 people! In the main house the productions are in and out on most days, so when it came to a recent lighting upgrade, they needed an adaptable wash light solution.

They cater for a variety of different set-ups. Some incoming productions work on a bare stage and clear roof, bringing in all their own production. Others will come in with their own lighting designer but no kit, so they will utilise all the house lighting; and the third common scenario is those relying on the skills and expertise of the Musikhuset’s permanent technicians and creatives to light their shows. “We needed rider-recognised wash beam unit,” said Ole. They also had to undertake a tender process, so the requirements stipulated the new lights should be an LED unit with a good zoom and an RGBW colour mixing engine. They had a shoot-out with all the different brands who had responded to the tender.

Luminaires were rated for their low noise attributes, the smoothness and quality of the colours and also their value for money, and they chose Robe! This was for all those reasons plus the fact that it’s extremely bright and Robe are a “well known and recognised manufacturer”. Other features that stood out were the Spiider’s ability to produce a very narrow well-defined, almost PAR can like beam with no spillage, due to the wide zoom range, and of course, everyone loves the flower effect.

These Spiiders – delivered by Danish distributor Light Partner – are the first Robe’s in the house. Prior to this they had fixtures from two other well-known competitor brands. The quietness was required for all the main house shows encompassing a wide range of drama, modern dance, ballet, opera, etc., and corporate events and shows are also staged in the space, so for presentations, speeches and spoken word occasions, silence was also essential.

LED sources were an obvious choice – there’s a big drive to be green in Denmark and this can be a factor in securing capex funding. Also all the options on ‘pancake’ wash lights – as Ole jokingly called them, referring to their slim-line profile – all tend to be LED! “It’s fantastic -no more swapping out bulbs or gels – they stay the same colour and the same quality – both huge advantages for a busy theatre, as well as saving running costs”.

One of the first events in which the Spiiders were used was the three day multi-venue Spot Festival which features some of the best of and emerging Danish and Nordic music. On this occasion the fixtures were split up and used simultaneously in different venues. Ole believes that with premium fixtures like the Spiider and the DL series, specifically the DL7, Robe is producing an excellent high quality range of fixtures for theatre and performance scenarios. He also mentioned the trend for Robe, appearing increasingly on the artist riders, “People are asking for Robe all the time now – it’s something we simply didn’t see until around three years ago,” he concluded.

Aarhus Musikhuset is one of the most important performance venues in Scandinavia and can accommodate over 3,600 audience across all its spaces. The original building was designed by Kjær & Richter and built from1979-1982, commissioned by Aarhus Municipality. It has an airy 2,000 m² glass facade foyer on three sides. The building complex is home to the Danish National Orchestra, Danish National Opera and Aarhus Symphony Orchestra. Teatret Filuren is a child theatre project on the site and Comedy Zoo Aarhus – an organisation for Danish stand-ups – also has a Hall there. The adjacent Royal Academy of Music, constructed in 2007, is connected via a series of glass, steel and copper passageways.