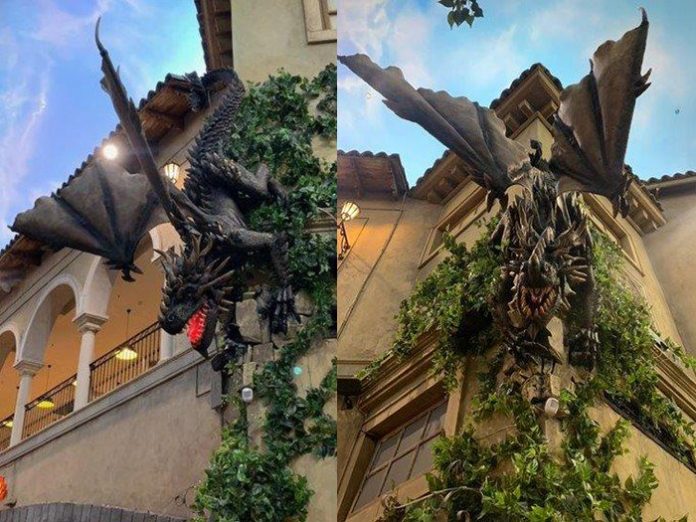 There is a legend which tells of a faraway land of mystery and wonder. It is said that this place holds riches as far as the eye can see, for those who are brave enough to play. It is known for its displays of light and joy and its entertainment that is rivalled by none. But visitors should take heed, for around a corner, or down a dark alley, dragons potentially lurk. And the name of this ethereal kingdom? They call it…Montecasino.

Ok so there might not be actual dragons lying in wait, but there definitely is a pretty life-like one mounted to one of the walls at the famous gambling and entertainment mecca, and thanks to Prosound, it can now even breathe smoke!

The Prosound team was approached by long-time and loyal client, Max Jele, who is in charge of all things fantastic at Montecasino. His challenge was that he had a model of a dragon that needed to blow fire and fury and the obvious solution was a smoke machine to add that extra touch. The problem was that condensation was forming around the dragon’s mouth, and a drooling dragon is just not as impressive.

Fortunately, Prosound was on the case. Drawing on their vast experience in the world of live entertainment, they devised a customised solution that included a Look Solutions Viper S Smoke Machine with an extended hose that then stopped far away from the mouth of the dragon to prevent any unwanted drippage. The Viper S was then linked up to the Raspberry Pi being used to trigger the rest of the dragon effect using an ENTTEC DMX USB Pro device.

What was key was the compact design of the Viper S smoke machine which allows it to be hidden in the surrounding scenery of the venue so that it doesn’t ruin the immersive effect. And because the Look Solutions products are designed and used in venues all over the world where performance and reliability and non-negotiable, Montecasino can be rest assured that their dragon will flame without fizzling out.

So next time you find yourself down that way tread carefully and keep your eyes peeled. For at Montecasino, there be dragons!