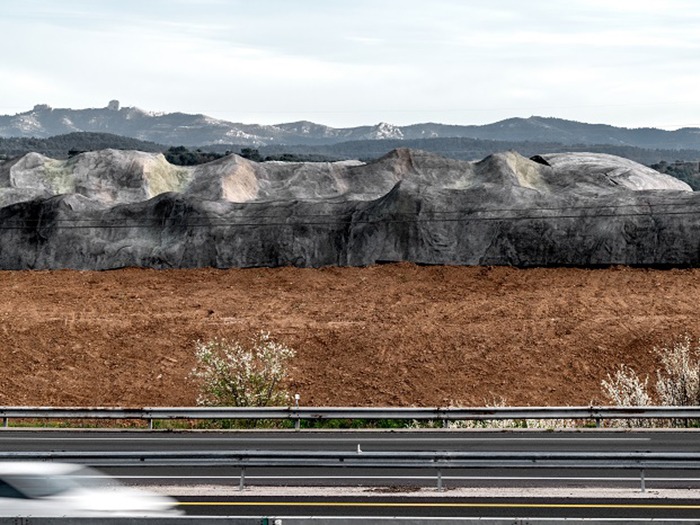 On first glance, the venue is easily mistaken for a mountain top, with its lichen covered peaks emerging from the earth, but, on further inspection, the seamless design that blends perfectly into the natural landscape creates a concert hall that has vowed to be France’s epicentre of contemporary music.

The venue gets its name from its geographical location, and was chosen by the city’s mayor. It refers to ‘seismic waves and vibrations symbolising both the desire to radiate on the territory and the idea of a project in motion’, and a project in motion like 6MIC always needs a creative and technically challenged team behind its audiovisual systems. The brief was very simple, as Technical Director, Rémi Droesch, stated: “We wanted the best sound! And to make 6MIC the concert hall of the third millennium, with the most modern and qualitative equipment possible.”

6MIC consists of eight separate spaces; four concert spaces; two ‘classical’ concert halls; a cabaret hall and an outdoor area. The venue also holds five recording studios and is made up of three levels gathered around three patios. On the ground floor, you will find the hall, the two stages and the main patio – as well as the unloading dock and storage rooms. The centre of the project, the hall, is presented as a large open space with a glazed facade 50-metres long, overlooking the square and offering an outside view. Upstairs, the boxes revolve around the second patio and make the connection between the two rooms, which can operate simultaneously. On the second level are the spaces reserved for artists, as well as the rehearsal studios, which are connected with the hall.

Each space had its own specifications, therefore the team had to treat each area individually to obtain the best sound quality throughout. “Our goal was to obtain the best sound coverage in bandwidth and dynamics, while taking into account the geometric and load constraints depending on each room. This was especially true for the mixing consoles, as they had to be able to be used in each space, while all being networked together and permanently with the recording studios. We also wanted to be able to broadcast from one space to another, and we achieved this by using Dante network solutions distributed throughout the building via optical and Ethernet links.”

The work started on 6MIC in 2018, with the final plans confirmed in September 2019. From there, the team started consultations, even though at the time, they were unable to access the building to make acoustic tests and measurements. “This was our main obstacle,” stated Rémi. “The site was very delayed, and we entered the building in January 2020 with an opening scheduled for early March 2020. All of our tests were therefore virtual!”

It was during this time that the decision was made to go with an L-Acoustics Kara system for the venue’s sound system. After several tests from other manufacturers, Rémi decided that L-Acoustics would be perfect for the installation. “The quality of our discussions and the responsiveness of the L-Acoustics teams was very satisfactory,” he said. “The Kara option seemed to be a very good system. Once we had decided to go with the Kara system, it was then that L-Acoustics suggested that we be the first room venue in the world equipped with the brand-new Kara II and the P1 / M1 processor. Of course, we jumped at the chance and we then fully validated our choice and inaugurated each room with Kara, while waiting to receive the Kara II, which at the time, was still under construction.”

Alongside the L-Acoustics Kara II system, 6mic chose Yamaha CL-5 mixing consoles for each room, in order for them to be networked together. “We chose Yamaha consoles because they are the most universal brand, every sound engineer is able to work on them,” he explained. “The Dante network worked perfectly and Yamaha offers a complete network solution with Dante switch. This meant that all the audio chain is working on networks simultaneously, and to a high standard. Yamaha consoles also make it easy to record in multitrack, too, with a simple computer or even a laptop anywhere in the venue. It’s therefore a universal, efficient and reliable solution.”

The Rady Shell at Jacobs Park