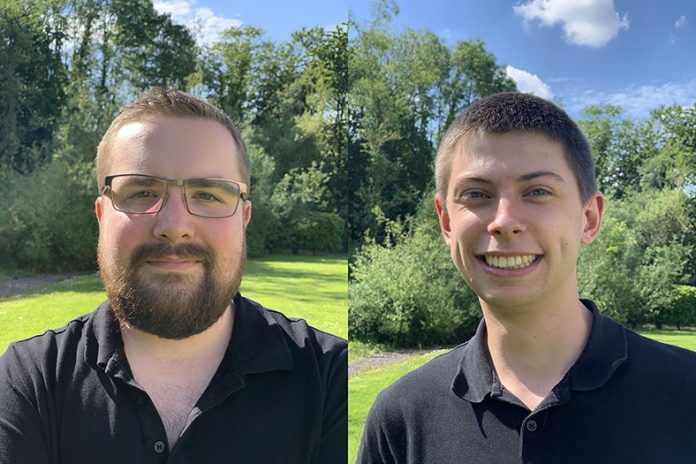 UK lighting control manufacturer and specialist Zero 88 announces three exciting new appointments which will help shape the future as it continues to grow, focus and build its capabilities across multiple dynamic new markets.

Peter Coles joins the team as business development manager for system solutions. In addition to developing Zero 88’s DMX based control solutions for significant projects, Peter brings his vast experience to the role of sales / dealer manager within the MENA region.

Tyler Holpin is now the UK & Ireland sales manager for the Zero 88 brand.

His new responsibilities will extend to consolidating the recent UK sales channels and discount structure reorganisation, continuing the rollout of Zero 88 console training nationwide and developing the Zero 88 project sales focus as the company continues to explore and develop larger project opportunities.

Tyler has been an integral part of the Zero 88 team for six years, looking after both international sales and key UK accounts. Most recently, he has been proactively building Zero 88s international sales presence in the Far East and Pan Pacific, landing significant business in both Japan and Australia.

Tyler will also continue his responsibility for Zero 88 in the MENA region, collaborating closely with Peter Coles.

Tyler’s enthusiasm has always been a great fit with the team and he’s the first to admit that he lives to work and loves the job!

He’s been interested in lighting control from a young age and Zero 88 offered him the chance to follow his passion. Seeing the brand go from strength-to-strength, particularly with the launch of the FLX range of lighting consoles which have opened multiple new doors in rental, staging and the installation world has been an “incredible” experience.

Tyler’s co-workers at Zero 88 are not merely his colleagues, they are his friends and inspirators. “We all have the same drive and our goal is to make the Zero 88 brand succeed even further and, in the process, provide the right creative and technical tools for our clients and end-users.”

Tyler’s work schedule is full-on, but when he does get any down time, he loves the adrenalin buzz of Go-Karting, Crazy Golf and other speed-related activities. He’s “massive” about theme parks and is currently training to get his private pilots’ licence.

Edward Smith has recently accepted the position of product specialist.

Edward has been around on trade shows and out in the field during 2017-18 whilst completing his third-year work placement at Zero 88 Cwmbran, part of a BSc (Hons) in Lighting Design & Technology at the University of South Wales Treforest campus.

He shares the same zest for work and life as the team he now joins permanently starting July 1st and will be working alongside and reporting to product manager Jon Hole.

His primary tasks will include product training – mainly on ZerOS consoles, especially the FLX series; product support via phone, email, and customer forum; software specification related to the new ZerOS architecture and pre-release testing of the latter.

For Edward, this is the next step in a career journey that started in Year 8 at secondary school when he first used a Zero 88 console to light a school show … an experience that attracted him to entertainment lighting which then prompted his choice of college and university courses.

The college had a Leapfrog 96 console, and by then his heart was set on working with consoles and after software testing with Zero 88 at the end of his first year “it became very apparent working for them would be a fantastic, rewarding job.” He inquired about the potential for the placement … and now he’s an employee!

In addition to Edward’s technical knowledge and energy, he is a good communicator and has always enjoyed doing presentations.

He loves the fact that the industry relies on clever technology – both software and hardware, and smart people to use it, both technically and artistically. “Adding these elements together creates some truly awe-inspiring and dramatic lighting designs that can be enjoyed by audiences worldwide across all genres of entertainment.”

In his spare time, Edward crams in as much industry related work and fun as possible including working on live shows and productions. He still owns some older Zero 88 kit which gets hired out on events, and he’s also a keen drummer and enjoys live sound. He drums, builds sound systems and operates sound and lighting regularly at his local church.

David Catterall, General manager of Zero 88, stated: “It’s been a busy and positive year and it’s great to have all this new talent onboard to help us position for a busy period of growth and expansion ahead – both nationally and internationally”.