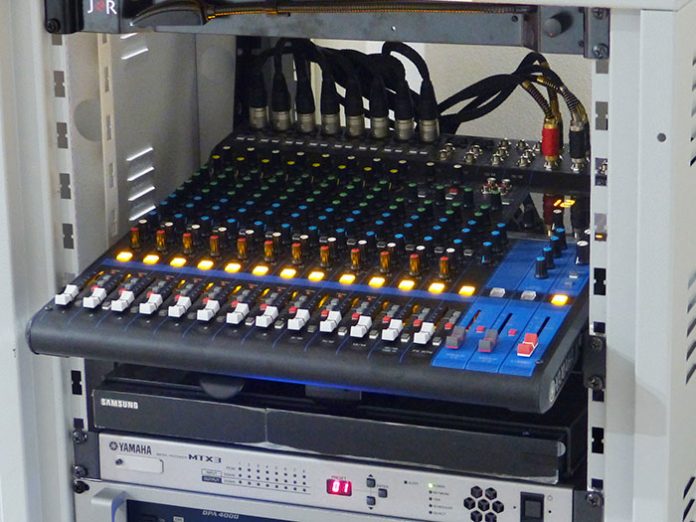 Modern audio technology means that regional venues are increasingly able to be truly multifunctional, with high quality systems that can be used for film screenings as well as live performances and presentations. Yamaha Commercial Installation Solutions (CIS) products are ideal for such ‘hybrid’ systems, including one in a new venue in southern Italy.

‘Cineteatro’ – both a cinema and theatre – is a popular concept for regional venues in continental Europe. And while UK village, church and town halls have also shown film screenings as well as live performances for many years, it is only now that products like Yamaha’s CIS range are making the leap from rudimentary to high quality, surround sound a reality in such spaces.

The Tempio del Popolo (People’s Temple) is a brand new cineteatro in Policastro Bussentino, a town in south-west Italy, but one which presented audio installer Disc Up Production with a major challenge: the audio system was only seriously considered by the developer during the final phase of construction. This meant that the company’s Angelo Auleta had to design a system which would deliver high quality cineteatro sound, but on what was now an extremely limited budget.

Angelo commented: “The available budget meant that we had to make an important decision about how to deliver the best possible audio quality, but where we could compromise in terms of equipment.

Yamaha provided the solution, allowing Disc Up to provide a high quality theatre system which also delivers the main cinema sound, with full system control and processing by an MTX3 matrix processor. Such is the quality of this main system that Disc Up was able to use low-price, third party loudspeakers for the cinema surround element, ensuring that the overall project came in on budget.

The Yamaha equipment includes a pair of IF2115/95 loudspeakers for the main L-R sound, a centre IF2115/AS and two IS1218 subs. The system is powered by two PC9501N and a PC2001N power amplifiers, with control and routing by the MTX3. An MG16XU mixer is included for live performances and background music, while a DCP1V4S wall panel provides overall control.

The two IS1218 subs are flown above the spectators, level with the sixth row of the venue’s raked seating and aimed downwards. This provides a very consistent low frequency sound throughout the auditorium and also keeps the subs out of sight of the audience.

Wouter ‘Tony’ Verkuijl of Yamaha Music Europe’s Italy branch also provided comments: “Disc Up and the Tempio del Popolo staff have been surprised and impressed by the power and quality of the Yamaha speakers. It is a large auditorium and in both Theatre and Cinema modes the system delivers great consistency, clarity and punch. It has proved to be very capable of scaring people when sudden dynamic scenes occur in movies!”

The combination of the MTX3 and DCP1V4S allows the system to be completely reconfigured at the touch of a button, an important factor in regional venues, allowing the system to be operated by non-technical people.

Tony then provided concluding comments: “The venue is delighted to have a high-end solution that can be operated by any member of staff. Cinema or Theatre modes are selected using one button and the volume of the entire system can be controlled with the rotary control of the DCP1V4S. The finesse of the MTX3 and DCP1V4S control means that even the walk-in music for Cinema mode is programmed and processed differently through the MG16XU, compared to how the mixer is used in Theatre mode.”