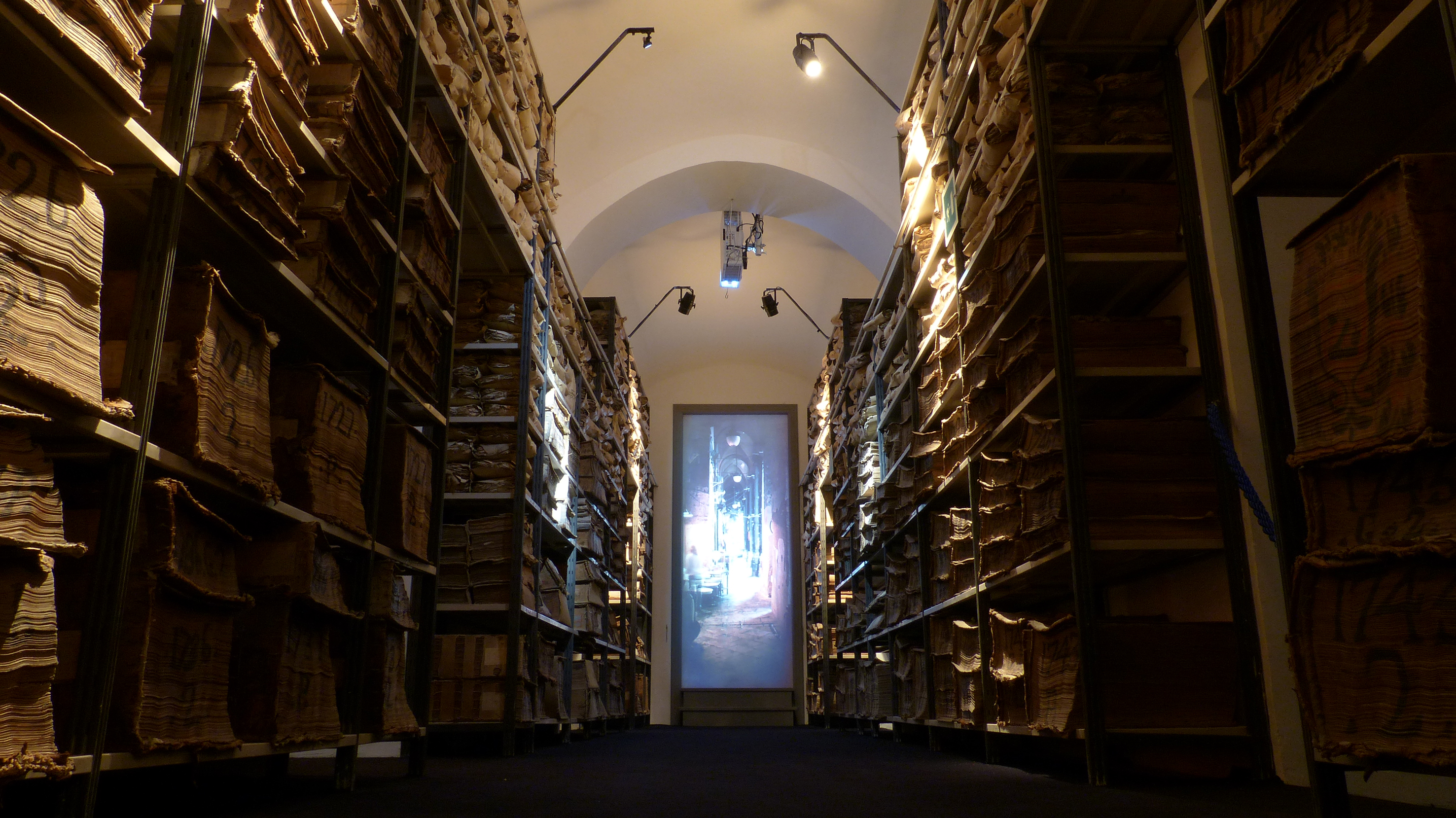 Founded in 1539, the Banco di Napoli (Bank of Naples) is the oldest bank on the Italian peninsular.

Its historical archive is a remarkable time capsule of Italian history stretching back nearly half a century, part of which has recently been opened as a visitor attraction. A Yamaha audio installation plays a key role in telling the story.

Covering 14,000m2, the archive has 330 rooms and is filled with bank documents dating from 1539 to 1870, which feature 17 million names. The Fondazione Banco di Napoli has now opened several of the rooms to the public, creating a high quality multimedia experience which explains how the archive was used and what historians have learned – and continue to learn – from its contents. Audio for the installation is supplied by Yamaha Commercial Installation Solutions (CIS) products, supplied by Neapolitan system integrator

The A/V elements are activated by interactive buttons and hidden triggers. These include a book which, if the pages are turned, activates a video. The audio includes sounds from the past (the scratching sound of writing, people talking about the transactions, etc), historic sounds of the city (such as the noise of earthquakes caused by the nearby volcano Vesuvius) and narrators telling stories about the exhibits.

“The Archive’s original plan was to use a pair of generic powered speakers for each projector,” says Wouter ‘Tony’ Verkuijl of Yamaha Music Europe Italy. “However, Startup Audio’s Michele Signore knew that this would mean the audio was significantly inferior to the visuals. He arranged for me to meet the project’s Artistic Director Stefano Gargiulo, where we discussed how to deliver an audio experience which matched the quality of the video presentation.”

Tony demonstrated a scaled-down version of what the archive would need, using Yamaha CIS products.

The Archive’s technical team were amazed at both the quality and versatility of what could be achieved with the Yamaha system and readily agreed to the revised audio specification.

The installed system features 28 VXS5 loudspeakers and four VXS10S subs, driven by two XMV8140-D, one XMV8140 and one XMV8280 power amplifiers. The system is managed by an MRX7-D matrix processor with two EXi8 input expanders and is controlled from a wall-mounted DCP1V4S panel.

“Six rooms feature audio, but there are up to six different audio systems in each one, running in Italian or English,” says Tony. “In total the MRX7-D is providing 36 different audio streams, all processed

individually. All XMV amplifiers are digitally connected to the MRX7-D, using both Yamaha’s Y-DIF CAT5 cabling protocol and Dante, the signal being converted by the amplifiers’ internal D/A converters before being sent to the loudspeakers. The MRX7-D is always on, but at night the Archive’s personnel press ‘Off’ on the DCP1V4S, which makes the processor send the amps to standby mode until awakened in the morning by staff pressing ‘On’.”

The ability to provide central control operable by unskilled Archive personnel is a key part of the system, ensuring that its day-to-day running can be undertaken without the need for staff training. The loudspeakers have all been carefully camouflaged to blend in with the archives, in many cases being covered with hessian to match the historic ledgers on the shelves.

“The quality and flexibility of the CIS series meant that we could change the minds of Stefano and his Audio Supervisor, Bruno Troisi, to upgrade to a fully professional, centralised Yamaha system. Stefano is so enthusiastic about the system that they have included the Yamaha name on the list of contributors to the project – the only manufacturer included,” says Tony.