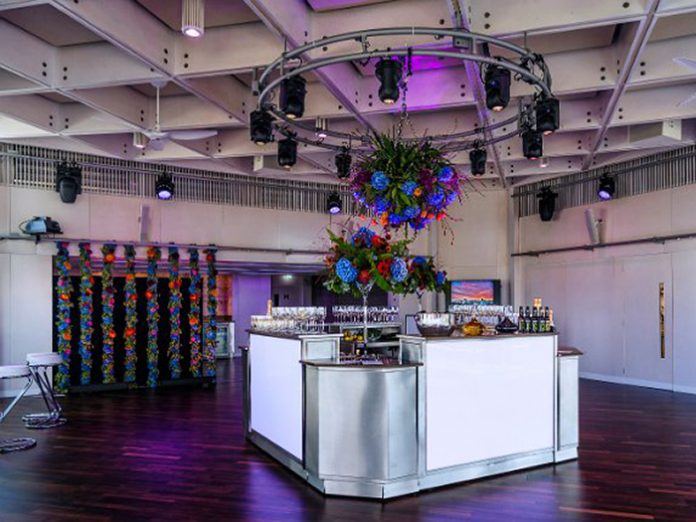 As one of the UK’s premiere performance venues, the National Theatre (NT) presents a wide-ranging programme. In 2018 a new permanent structure for corporate and other events was added to the roof space known as The Deck. A flexible audio system based on the Yamaha MRX7-D matrix processor has been installed, thanks partly to the unit’s success in providing show relay throughout the NT’s three theatres and other spaces.

Previously occupied by a pavilion-like, tented structure, The Deck’s views across the River Thames to the City of London make it a popular rental space for corporate gatherings, product launches, parties and weddings. Last year, the NT redeveloped the space by installing a bespoke permanent structure with state of the art sound and lighting. The audio solution is based on the Yamaha MRX7-D, with control via an iPad running a custom-designed ProVisionaire Touch interface.

The NT has relied on Yamaha equipment for audio processing and routing for many years. 10 years after they were first installed, several DME series digital mixing engines are still reliably working at various locations, while MRX7-Ds on a Dante network play a key role in show relay and audio routing throughout the NT’s complex of three theatres, studios, foyer, bookshop, restaurants and bars.

“There is an MRX7-D in the central control room and one each in the Olivier, Lyttelton and Dorfman theatres, all installed to provide a flexible and reliable system for show relay,” said Dom Bilkey, the NT’s head of sound and video.

Controlled by both iPads and virtual machines in the central control room, which each theatre’s team can remote desktop into via MTX-MRX Editor software, the system feeds show relay from the three theatres to induction loop / infra-red assisted listening systems and to narrators for audio described performances. In addition, it links via MADI into a Riedel MediorNet system for video and audio distribution to the artist dressing rooms, TV broadcast, latecomer screens in the foyer and networked drives for show archiving. The MRX7-D system also routes background music to the NT’s bookshop, restaurants and bars, each controlled by its own, wall-mounted Yamaha DCP series control panel.

“We chose MRX7-D for The Deck because of the success of the main system,” said Ben Steinitz, the NT’s senior building systems and communications engineer. “The Dante networking and the GPIO connections were a major plus, allowing full integration with the system amplifiers and contract installations like the fire alarms. The fully-customisable iPad control was another major benefit, as was the price point. You get a lot in the box for the outlay.”

The flexibility of Yamaha’s ProVisionaire Touch iPad app allowed a bespoke control interface to be designed. This allows everything from manual or Dan Dugan auto mixing of up to eight radio microphones, up to full system presets where a member of staff presses an on-screen button and the entire audio system reconfigures itself for different types and layouts of events.

“As the space is used for many different things, the various room and system setups programmed on ProVisionaire Touch make configuring the system very straightforward,” said Dom. “Staff just touch a button and it changes all the delay points and the rest of the settings for that room configuration, all done instantly within the MRX7-D. It makes a huge difference.”

“Thanks to the Dan Dugan auto mixing, the events team can just grab a few handheld mics and turn them on, with no need for an audio engineer. It works really well and also has real benefits for clients, because it makes the room look very clean,” added Ben.

“The new structure and systems have made it a much more flexible, client-friendly space. It’s great to have such an attractive audio setup that matches the way the events team work and like the space to look. It has worked really well,” concluded Dom.