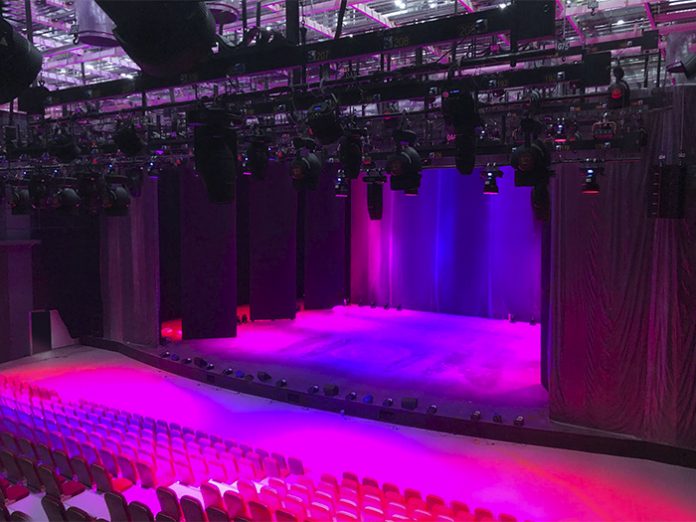 Xinjiang, the largest province in China, is a fast-changing region where the ancient and modern surround you at every turn. Two thousand years ago the Silk Road threaded through the region – a breathtaking patchwork of glaciers, snowy mountains, Gobi deserts, grasslands and lakes – opening up a bountiful trade in goods, culture and stories.

Although the caravans that traversed the Silk Road have long since been replaced by more modern – and comfortable – forms of transport, the rich flow of news, culture and entertainment throughout the province continues thanks to Xinjiang Corps TV Station, a station serving the provincial capital Urumqi and the surrounding 12 regions, broadcasting to more than 12 million people in the Northwest of the country.

When the decision was made to modernise the station’s in-house AV system, EZPro, the chosen provider, were tasked with the design and supply of a solution for the main 1,500m² studio, the smaller 400m² studio, the review room and the conference room.

The main studio integrates numerous AV technologies for a wide range of productions including live performances, large-scale galas and variety shows. To meet the fluid demands of the various productions, a pair of 36-fader dLive S7000 Surfaces are partnered with DM64 MixRacks – both fitted with Dante cards – to provide a redundant system offering 128 input processing channels and highly configurable bus architecture.

dLive’s versatile show/scene system, enabling both full and partial scene recalls with highly granular filtering options, was also a big factor in the choice of dLive for the project. “To meet the needs of different productions, scenes need to be changed quickly and frequently, so flexibility is critical,” explains FAN Gaoqing, EZPro’s project designer. “With the dLive system, we could store and recall different ‘modes’ by using Show File, Scenes and Preset Library to achieve very efficient changeovers.”

To facilitate dual system redundancy, the Primary and Secondary Dante ports were used on both systems in conjunction with an analogue connection that can be used in the event of a network outage. The Dante and analogue outputs from the system feed an EAW array plus a trio of Powersoft Quattrocanali DSP+D amplifiers connected to multiple passive EAW boxes.

dLive’s modular approach to system building provided further benefits to the install according to FAN. “dLive solved a problem where the control room is a relatively enclosed space that is not friendly for mixing engineers” he notes. “As the dLive audio engine resides in the MixRack, we can easily change the location of the Surface whenever required. This meets the requirements for flexible FOH positions, ease-of-use and fast setup.”

Elsewhere in the building, the 400m² studio – designed for small and medium-scale programs such as musical performances, interviews and comedy shows – and the review and conference rooms, are equipped with multiple dLive C2500 Surfaces and CDM32 MixRacks to allow for maximum flexibility in all usage scenarios.

“Allen & Heath consoles are always our first choice, they are advanced, reliable and flexible,” says WANG Xiaoyang, the installation engineer for the project. “We believe the whole system raises the bar for sound reinforcement in TV production studios.”