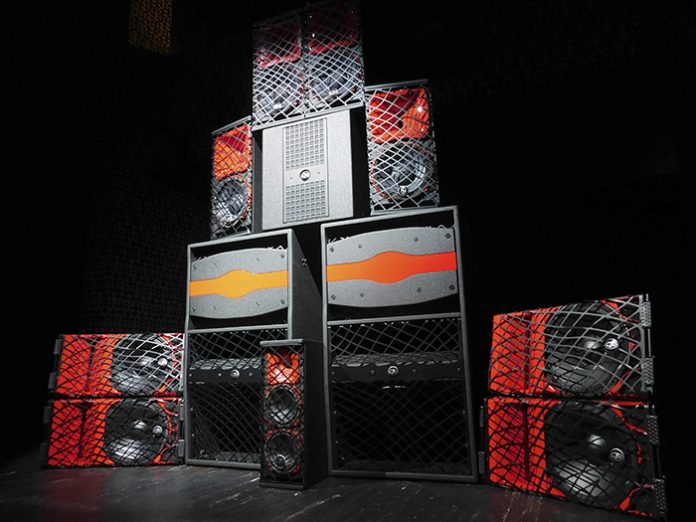 Global Audio Systems of NY, NY was the AV design-build firm contracted to handle the installation of the D.A.S. Audio SoundForce loudspeaker system at WildPitch Music Hall, with local support from Platinum Sound Atlanta. Owner Jason Ojeda, ultimately installed a system consisting of several prominent models from the SoundForce Series line. He discussed the project and his reasons for choosing D.A.S. Audio.

“The room at WildPitch is rather long and narrow, so to provide efficient coverage, we went with two flown SF-20A cabinets per side, which couple together in a short throw line array configuration,” Jason explained. “We also wanted to ensure patrons were engulfed in clean stereo sound, so we placed two SF-10 enclosures—positioned left and right— on the opposite side of the room to serve as a backfill / delay setup. To make certain we had enough LF support for the preferred music format, we deployed two SF-30A powered subwoofers, ground stacked left and right of the main dance floor. With its 30-inch high density polyethylene cone and supporting technology, this sub performs well at low volumes in addition to normal, or full volume. This way, the bass can be felt down the street.”

Rounding out the club’s new SoundForce setup, the Global Audio Systems team also positioned an SF-10A enclosure in the centre of room and one SF-1521A subwoofer along the right side in the room’s mid-point. Rounding out the setup, Jason used two SF-10A enclosures (flown one each per the left – right sides) plus a D.A.S. Audio Vantec 18A powered subwoofer (positioned on the floor) for the DJ booth. Signal processing tasks are handled by a D.A.S. DSP-4080 stereo / mono processor for the main system and the DJ booth along with a DSP-226 stereo / mono processor for the fills.

As with any sizeable installation, questions inevitably arise, and Jason and his team were very impressed with D.A.S. Audio’s support services. “The D.A.S. team has been great to work with,” he reports. “It’s a family first type of vibe with both the headquarters in Spain as well as the Miami office. D.A.S. was even supportive of my requests for some changes, which required shipping out additional equipment to make certain the club owners were happy with the result. I couldn’t be happier with the support we received.”

WildPitch co-owner Andrea Sutherland, concurs with Jason, “D.A.S. Audio’s Business Development Manager, Darrin ‘B-SIDE’ Young, was actively involved throughout this project. From the very start of our conversations, he was readily available and helpful. He designed a customised system well-suited to our requirements. We are very pleased.”

The completed sound system was first placed into service in October 2016 for an event featuring DJ / Music Producer Riva Starr. Since that time, the new sound system has been generating accolades from all who encounter it. Jason offered these parting comments, “When I was asked to be a part of this project, I was excited. Being a DJ for 25 years in NYC and knowing the ‘WildPitch’ sound, I knew this was an important install for all of us! WildPitch is bringing in some serious underground talent and they need a capable sound system to back them up. D.A.S. really was a perfect fit for the venue and it was a pleasure working with the company.”

WildPitch owner DJ Pierre is equally enthusiastic. “I’m extremely pleased with the quality of sound our D.A.S. SoundForce system provides,” he said. “It sounds amazing and it looks dope! We are happy to be trailblazing the system for D.A.S. Audio. D.A.S. has created an environment of power and warmth in our club. We were looking for a system that would provide deep bass when the system is in prime time peak mode on the weekends, but could still provide that low rumble during the weekdays when we’re operating in ‘chill mode’. The stereo separation and sound clarity the D.A.S. SoundForce system delivers is exceptional and I’m certain it can hold its own against any competing system on the market.”