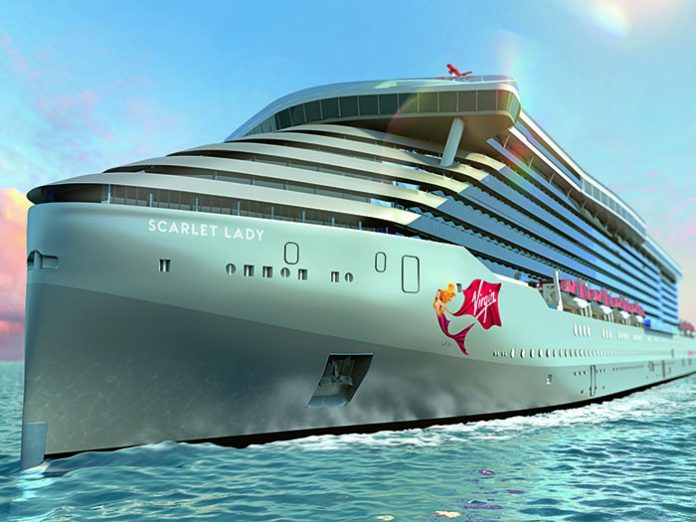 Wärtsilä Entertainment Systems has solved the challenge of delivering a premium nightclub experience at sea with the first-ever installation of Martin Audio’s recently launched WPS optimised line array. The latest member of the Wavefront Precision family was specified long before its official launch to cater to the entertainment needs of Scarlet Lady, the very first ship in the Virgin Voyages fleet.

“We started audio specification for the ship back in 2016 but thanks to the strength of relationship with Martin Audio we were able to glimpse into the future product roadmap and as a consequence believed that the product that would become WPS was a perfect fit for the nightclub,” explained Rob Shuard, Vice President, Design & Engineering of Wärtsilä Entertainment Systems. “We felt WPS would offer the perfect marriage of high performance, control, consistency and coverage in an ultra-compact format, befitting of the Virgin Voyages vision.”

‘The Manor’ nightclub is named after Virgin’s first music studio in England. The space was designed utilising two ship decks of height to maximise how the room feels and mimic the structure of land-based clubs. Wärtsilä Entertainment Systems has equipped The Manor with a state-of-the-art acoustic design as well as industry-leading equipment to support DJ sets, and Martin Audio’s WPS will take pride of place.

The set up in the nightclub consists of four WPS left and right of the stage, flown over two SX218 subwoofers. Supplementing this is a further four line arrays, each of three WPS, flown over the dancefloor. The system is all powered by four iKON iK42 amplifiers supporting a two box resolution for enhanced coverage, consistency and control.

Virgin Voyages is a new venture from the Virgin brand, which aims to redefine the experience of sea travel. While on the ship, Virgin Voyages Sailors will have the opportunity to choose from a festival-like line-up of all-new completely original entertainment developed by some of the world’s most-talked-about producers, directors and artists as a part of the company’s Creative Collective.

“Virgin Voyages will redefine entertainment at sea and to help deliver on this mission it’s essential that we have the latest technology and superior audio to enrich our sailors’ experience onboard,” stated Daren Hirst, Director, Entertainment Technical of Virgin Voyages. “We’re delighted to have Martin Audio’s latest Wavefront Precision line array in The Manor, knowing that its low distortion, richness of tone and clarity will provide endless hours of pumping tunes for our Sailors.”

WPS is designed to set a new benchmark for eight-inch line arrays and is the fourth model in the award-winning and best-selling Wavefront Precision optimised line array series. It is a passive three-way system, which integrates a high density of drive units in a very compact enclosure. It features two eight-inch LF drivers, four four-inch midrange drivers and four one-inch exit HF compression drivers loaded by a moulded HF horn which occupies the full width of the enclosure – defining the 100° horizontal constant directivity coverage pattern of both the HF and midrange sections.

The four-inch midrange drivers are compression-loaded to raise efficiency and enter the horn walls via annular slots close to the HF throat to sum effectively with the HF wavefront. In the HF section, four one-inch exit compression drivers deliver pristine high-frequency sound without the harshness and distortion associated with larger format devices.

The eight-inch LF drivers are set back behind the walls of the HF horn, with a small volume of air in front of each driver increasing the output at the upper end of its operating range. The LF exit apertures are spaced apart horizontally to provide useful LF horizontal pattern control.

Summing up, Dom Harter, Managing Director of Martin Audio concluded: “As one of pro audio’s founding brands, we are delighted to be part of this prestigious and exciting project from Virgin Voyages and grateful for Wärtsilä Entertainment Systems’ faith in us so far ahead of the announcement of WPS. Wavefront Precision line arrays have been the fastest-selling in the company’s 48-year history and I’m sure WPS will add to that success and for Virgin Voyages, it will help unite their Sailors in spellbinding entertainment.”