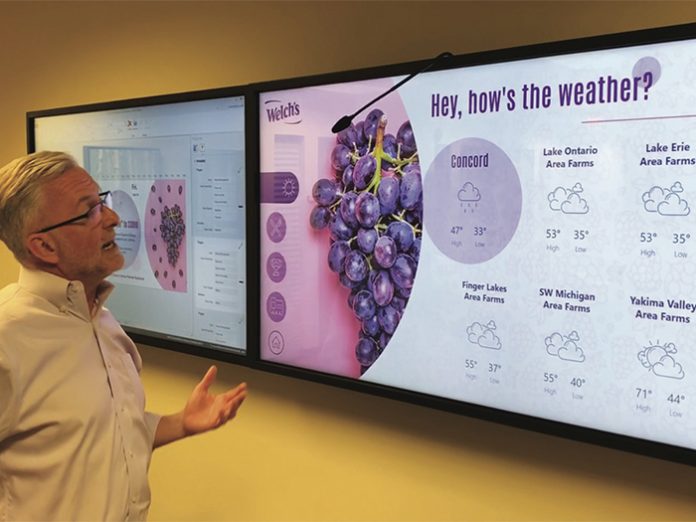 Visix has released version 1.32 of its AxisTV Signage Suite digital signage software with a new Voice Recognizer Widget that turns any screen into a hands-free interactive sign.

AxisTV Signage Suite users can drag and drop the new Voice Recognizer Widget (VRW) onto any layout, then set custom parameters that instruct the sign what to listen for and how to respond to requests. It can be used on single displays, banks of screens and video walls in any environment.

“Clients no longer have to depend on touchscreens for interactivity, which is especially important in this time of concern about germ transmission,” said Jill Perardi, creative services manager for Visix. “Just as people got used to using touchscreens because of smartphones, they’re now starting to expect a voice user interface like they use with their virtual assistants at home. Now anyone with digital signage can offer that experience without having to invest in expensive touchscreens or custom programming. They can just use the software and displays they already have.”

Real-world application of the VRW allows viewers to walk up to any display, ask for the material they want, and then immediately see that content on screen. AxisTV Signage Suite users simply design the various content options, employ the VRW, enter speech triggers, and configure those triggers to launch the appropriate content. Keywords can launch different slides within a layout, or simply hide or show things on the same slide.

A microphone is always listening for the triggers set in the software by the client, for example “show me”. When it detects a trigger, it then processes the next spoken request (“show me the weather”). It identifies keywords in questions and phrases (“weather”), and shows the requested content on screen.

The programming behind Visix’s voice-activated signage isn’t as complicated as the natural language processing used by Siri, Alexa or other virtual assistants. Instead, it takes advantage of the built-in speech recognition engine for Windows 10 that’s already in the Visix media player, and doesn’t involve any programmatic adjustments. As such, it doesn’t require any additional fees, internet connectivity, artificial intelligence or other third-party products to work.