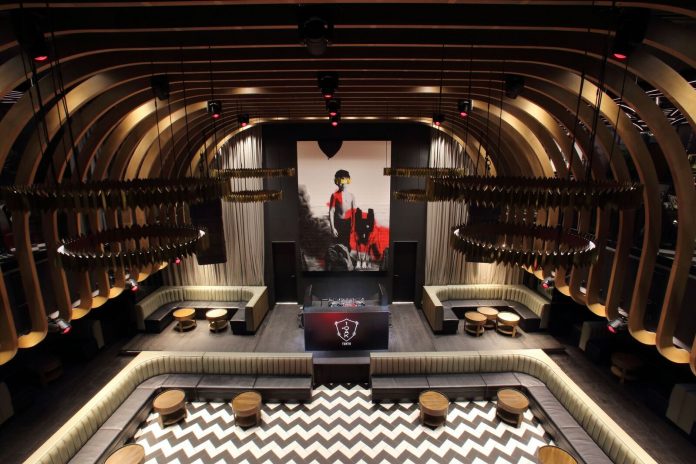 Having expanded from its flagship venue in New York City, 1Oak, which stands for1 Of A Kind, has recently opened its most ambitious and state-of-the-art club to date; a three-floor, 1000-capacity venue at the base of Roppongi Hills in Tokyo.

Sacha Robertson at 1Oak Tokyo explains the key to this success: “At the heart of the 1Oak approach is a focus on differentiation through design and function, capturing and curating the energy in each club. Interior design and lighting combine to play a major part, but ultimately that energy has its origin in sound”.

When it came to choices for the Tokyo venue, the interior design process was led by New York-based contemporary artist Roy Nachum, who was Grammy-nominated in 2016 for his cover artwork on Rihanna’s ‘Anti’ album. With the club interior complete and the opening date fast approaching, 1Oak engaged the local d&b team to design and implement the all-important sound system.

1Oak owner Salvatore Morale recalled, “As a DJ I appreciate the sound. At around the same time we were building the club I had started to notice that in all the places I visited around the world and heard great sound, whether that was a big festival, a hotel bar or an opera house, I was seeing d&b speakers.  This was a clear sign for me.”

As with 1Oak clubs around the world, the latest Tokyo venue is not simply a nightclub.  Founder Richie Akiva’s vision is that of an entertainment venue; an inspiring space capable of hosting live music, launches, premieres, after-parties and VIP events.  Versatility without compromise underpins the business model and is a key component of the sound system design. Salavtore continued, “As a club, 1Oak is predominantly dance music and hip hop.  As an entertainment venue, we have top artists of all music genres performing here, so it’s important we can provide great sound, no matter what the character of the music happens to be. The feedback I’ve had from the many major DJs and Artists who have played here has been all positive.”

Central to 1Oak Tokyo’s layout is a d&b equipped the main stage, using a V-12 and V-8 based array with dual V-SUBS, along with dancefloor and DJ booth in which monitoring is provided by two M4 and two Y-SUB. The feeling of being at the heart of the club is accentuated by the Nachum-inspired ceiling design, evoking the sensation of being within an immense ribcage. Additional to the dancefloor are seating areas, served by ten d&b E6 Loudspeakers, two 21S Subs and two B22 Sub.

The overall 1Oak Tokyo building incorporates many different types of space, each with their own requirements and characteristics.  For example, high SPL is a central requirement in the main room, whereas tightly focussed horizontal directionality is a priority in each of the VIP areas. What they all have in common is overall tonality.

Key to the d&b system design was a seamless transition between these distinct areas of the space, retaining the desired energy through consistently high sound quality.  Even the restrooms are equipped with d&b 4S loudspeakers. The result is an even, immersive and intimate experience connecting all three floors.

Sacha expanded: “The way we serve our clientele is through sound. 1Oak elevates the nightclub concept to an experience consistent with the best clubs and the best live events. Who better to partner with to achieve that goal than d&b?”

He concluded: “Every part of 1Oak Tokyo is always ‘in the pocket’ for sound.  I know we’ve made the right call with the d&b system and I would have no hesitation doing the same for future projects.”