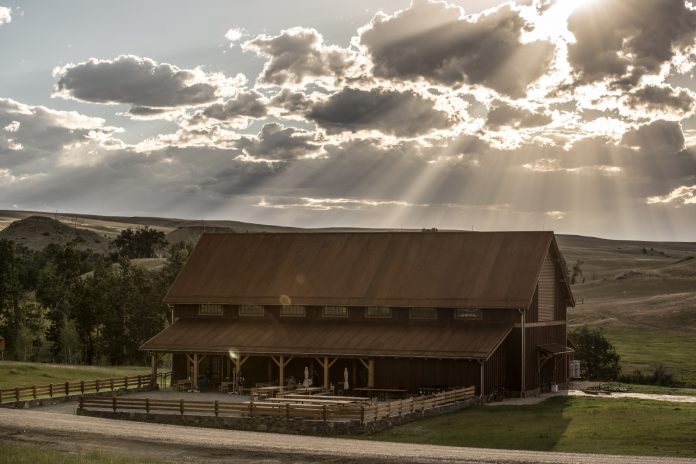 Located deep in the rugged countryside of Montana, close to the Beartooth Mountains, Tippet Rise Art Center celebrates the concept that art, music, architecture and nature are inextricably linked to human experience. Opened in 2016, the venue’s centrepiece is the Olivier Barn which features an Alcons Audio LR14 ultra-compact line-array system.

Set on a 10,260-acre working sheep and cattle ranch, Tippet Rise is the brainchild of Cathy and Peter Halstead. Inspired by their careers in the creative arts and education it features both indoor and outdoor performance spaces as well as large scale sculptures and stunning scenery. Tradition meets hi-tech in the Olivier Music Barn which looks like a traditional timber agricultural building from outside. Inside, however, an Alcons LR14 system and HD digital film projection bring visitors right into the 21st century while state-of-the-art sustainable technology ensures that its environmental impact is negligible.

When designs for the Olivier Music Barn’s audio system were being considered, Kevin Hodgson of Boulder, Colorado-based AV consultant K2 Consulting was approached by Mickey Houlihan who has worked with the Halsteads for many years as well as with Kevin on other projects. “Mickey thought I was the right person to design the system for the Olivier Music Barn from end to end,” says Kevin. “I met Peter and Cathy, who are very committed to classical music so I knew that the system would need to sound very natural and not ‘amplified’. They also wanted something that was very versatile because the venue would host other performances and film screenings.”

Peter really liked an Alcons system installed at eTown Hall, a high quality, multipurpose live venue, recording studio and community center in Boulder which is home to the eTown broadcast, multimedia and production company. “Peter was impressed at Alcons being such an open, musical sounding system,” says Kevin. “eTown hosts a range of music styles, including folk, bluegrass, country and some rock so we knew Alcons would have the flexibility that we wanted. I also have colleagues who have specified Alcons and they all said that I would really like it.”

To make sure the right choice was made, systems by several different manufacturers were auditioned but ultimately none of them had the same audio quality and versatility that Alcons delivers.