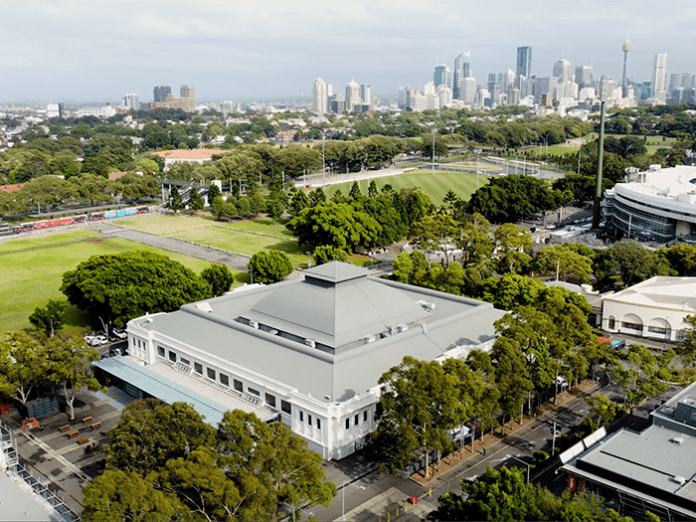 The iconic Hordern Pavilion in Sydney (The Hordern) has rebooted with a multi-million dollar seating and critical behind-the-scenes upgrade making it perfect for corporate events, exhibitions, functions and film shoots.

Playbill Venues General Manager Anthony Dunsford said the major seating upgrade is a significant milestone in their continued refurbishment plans to revitalise the venue as one of Sydney’s premier event destinations.

Dunsford said The Hordern’s reboot coincides with a new market confidence as businesses re-emerge from the challenges and restrictions of the pandemic to reconnect in more traditional ways.

“The past couple of years have been challenging for business, which is why providing an affordable, highly versatile event space for partners, promoters and the wider entertainment and business community has been a key focus for us.

“Sydney’s beloved Hordern Pavilion is back and better than ever.”

“Our live music line up for the rest of the year is jam-packed with popular artists such as the legendary Australian rock group the Hoodoo Gurus, The Wombats, The Strokes and more.

“And it’s not just concerts making their long-awaited come back at the Hordern,” Dunsford continued.

“We are thrilled to be hosting the 2022 ARIA Awards at The Hordern this November, a celebration of Australian music and its return to the live stage.”

Earlier this year, The Hordern was also transformed for Australia’s top fighters Harry Garside and Manuer Matet, as they entered the ring to battle it out for the Australian Lightweight Title.

While The Hordern is best known for its live music gigs, Playbill Group, Managing Director Michael Nebenzahl, who has managed the Hordern for over 20 years, said the iconic venue is extremely versatile and continues to expand its reach into other business, community and charity events.

“As The Hordern approaches its 100th Birthday in 2024, our major seating upgrade is just the beginning,” he said.

“We’re getting this beloved Sydney venue ready to keep rocking for another century of live events and entertainment of every form.

“There truly is something for everyone at The Hordern.”

Over the years, The Hordern has hosted a wide range of conferences and exhibitions such as Sydney Build, One Fine Baby, Life InStyle and the UNSW Careers and Employment, speaking events such as TED Talks and The Success Summit with Dunsford Robbins, as well as various corporate functions and award ceremonies like the NRL’s Dally M Awards.