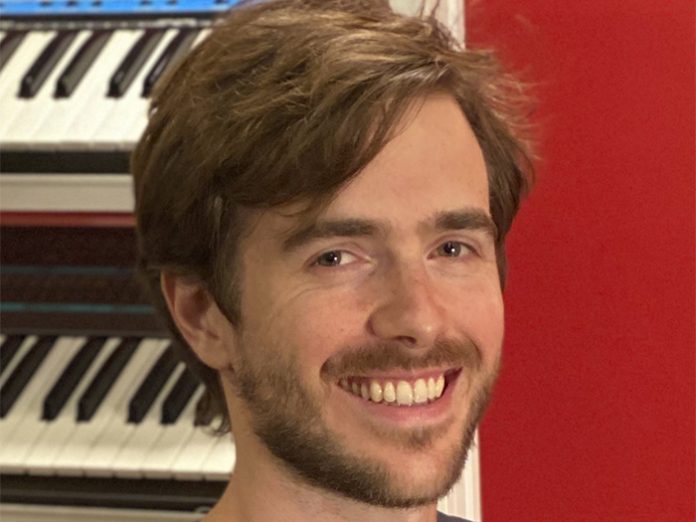 The Audio Engineering Society’s Board of Governors (BoG) has elected Brecht De Man to assume the role of AES Director beginning January 1, 2021. Currently serving as a Governor of the AES, De Man has held various roles within the Society and continues to work as a sound engineer, educator, and member of the AES Education Committee. De Man will replace Alex Case (Past President and Membership Committee Chair) as one of two BoG-elected Directors and will serve on the Board of Directors through December 31, 2022.

“The AES has been a huge part of my audio life, from student to professional,” stated Brecht. “My involvement at the section level through to my current position as an AES Governor has been a way to give back to the organization that has given me so much. I am honoured to have been elected by the Board of Governors as a Director. I look forward to helping ensure the Society’s viability going into the post-pandemic future and to aid in refining and expanding its service to our diverse membership.”

Brecht holds a PhD in Audio Engineering from Queen Mary University of London’s Centre for Digital Music (supported in part by the AES Educational Foundation), and an MSc and BSc in Electronic Engineering from the University of Ghent, Belgium. He has published, presented and patented research on the perception of recording and mixing engineering, intelligent audio effects, and the analysis of music production practices at AES conventions and conferences, as well as the Journal of the Audio Engineering Society.

Brecht first took an active role in the AES as Chair of the then-dormant London UK Student Section, helping its membership to increase tenfold. He also (vice) chaired several editions of the flagship student event ‘Up Your Output!’ and was Student Representative on the British Section’s Executive Committee. As elected Chair of the AES Student Delegate Assembly (SDA) he organized the student track at four conventions and represented the 4,000+ AES Student Members across the globe.

Since concluding his term, he has been Vice Chair of the AES Education Committee, overseeing the SDA and introducing a system of institutional memory, a remix competition, and a MATLAB plugin design competition. Most recently, he was instrumental in the revival of the Belgian Section as Chair. Brecht also sits on a number of Technical Committees and has organized and participated in several AES convention workshops, as well as continuing his work for the company which he founded, Semantic Audio Labs.