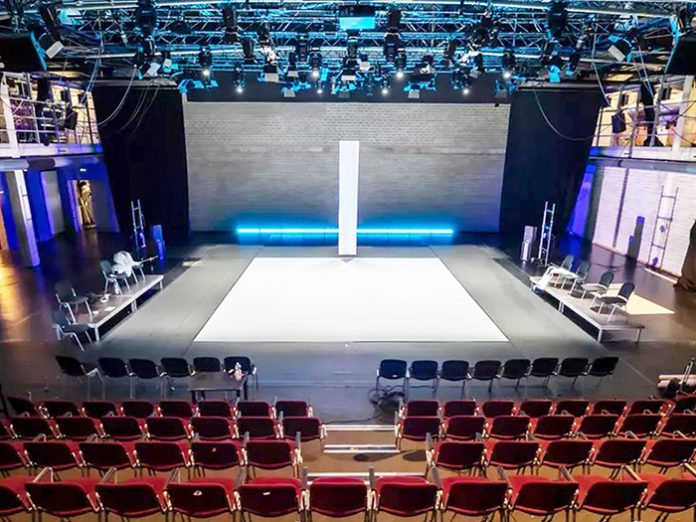 Tanzhaus nrw has modernised its lighting technology including 40 LED profile spotlights from Prolights. The venue covers an area of 4,000 square meters, with both a performance space and production, as well as an academy with more than 200 stage events a year, where it hosts an entire span of contemporary dance performances.

“We are primarily a guest performance venue and for a long time only offered conventional spotlights,” said Ansgar Kluge, Technical Manager at tanzhaus. “Since we had to rent LED technology for almost every production, we finally decided not only to reduce the rental and electricity costs by investing in LED spotlights but also to raise the entire house to a new technical level.” Right from the start, Kluge and lighting master Julia de Werth focused on excellent dimming behaviour and quiet operation of the new spotlights so as not to impair the noise-sensitive dance productions.

“We have invested in PROLIGHTS’ LED profile spotlights, including their FW DY and CT+ versions, using them either as aisle or front lights or as individual spots. They absolutely won us over with their brightness, sharpness and colour output,” adds Kluge.

The venue also invested in the LumiPix 12QTour LED bars, which are used either as a ramp on the edge of the stage or as an effect and decorative light during concerts.