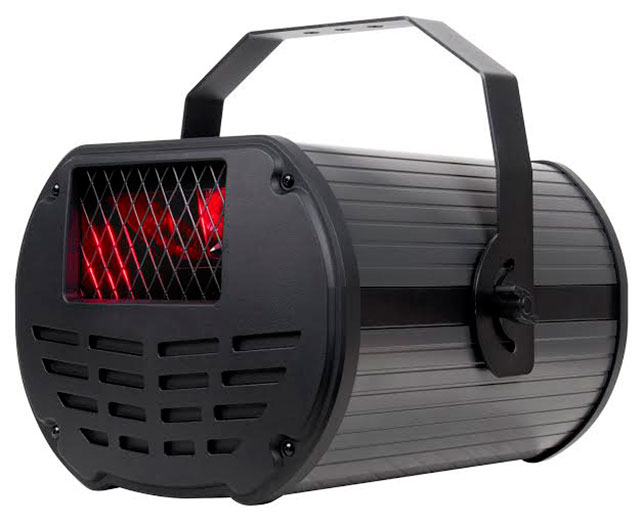 Featuring the new 280W Philips MSD Platinum 14R lamp and emitting an ultra-narrow 2.5° beam, the Sniper PRO is capable of producing the same precise beam and laser like effects as its successful predecessor but now with three times the brightness.

“We met with a lot of success with the original Sniper when it launched in 2014, but we also had some customers tell us they wanted more power and more colour choice,” said Elation Professional Sales Director Eric Loader. “So we increased the lamp from 132 watts to 280 watts and upgraded with CMY and more effects to give designers the chance to use the Sniper’s unique look on larger shows and installs.”

This enhanced Sniper has been upgraded to a CMY colour mixing system with an additional 12-slot dichroic colour wheel with split colour possibilities. The Sniper PRO also offers a greater variety of dynamic effects from 20 static-stamped gobos and houses a bidirectional animation system for more dramatic animated looks. Added to the original Sniper’s 3-facet prism is an 8-facet and linear rotating prism for greater beam and effect multiplication possibilities. The high-precision beam can be further manipulated using a variable speed shutter, mechanical dimmer and strobe. All these effects can be delivered at even faster speeds thanks to an improved X / Y / Z rotation mirror system with focus.

The Sniper can spread laser-like effects including liquid sky, laser wave, and laser cone effects, all moving at speeds never seen before. And the Sniper PRO allows these effects to be projected and scanned into the crowd without the hassle of laser regulations.

The Sniper PRO is DMX controllable and includes multiple built-in pattern and control macros that make programming even quicker and easier. A four button touch control panel and LCD menu display provide for easy hands-on addressing with easy-to-read fixture menus and messages. Ruggedly built and compact at 16.1″ x 13.9″ x 13.8″ and weighing 29 lbs, the Sniper PRO will fit comfortably in any rig or installation.

Professional grade Neutrik 3- and 5-pin DMX in/out and Powercon in/out connections are included and multiple units can easily be linked together for customisable setups. An auto-sensing power supply covers worldwide voltages and frequencies allowing the fixture to operate anywhere in the world.