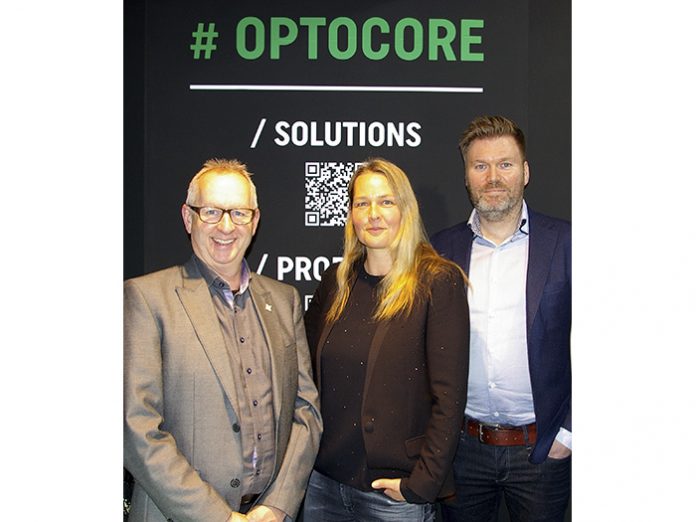 Scandec set up as a distribution company back in 1984 and today has 37 employees representing a number of premium brands. The market segments in which they specialise include touring and concert sound, broadcast AV and permanent installation.

To develop the broadcast market further in Norway they have also taken on a dealership for Optocore partner company, BroaMan, with Andreas Bergum charged with overseeing this market.

Scandec sales manager for pro audio and MI, Frode Øygard sees other primary markets for Optocore fibre solutions as being large concert halls and theatres, concert and touring sound — and the company is already working on touring systems combined with DiGiCo SD consoles.

In fact, although the new arrangement is effective immediately this is not Scandec’s first experience of Optocore, as they have previously sold a system comprising X6R-FX-16MI and V3R-TP-8LO interfaces, along with a DD4MR-FX as part of a DiGiCo mixing desk package to Hålogaland Theatre. Scandec also recently purchased an Optocore demo system.

“We are a knowledge based company offering extensive training, workshops and seminars, combined with roadshows (including a recent presentation at Hålogaland Theatre),” stated Frode. Scandec will also be active via social media and conventional website and trade press promotion.

Summing up the new relationship, he added: “Optocore will enable Scandec to offer turnkey solutions to the pro audio market in combination with our existing distributed brands, in particular DiGiCo, L-Acoustics, Biamp and Calrec.

“The reliability and reputation Optocore has built over the years will definitely be a door opener in our upcoming projects and we look forward to introducing the Optocore range to markets such as broadcast, touring and permanent install.”