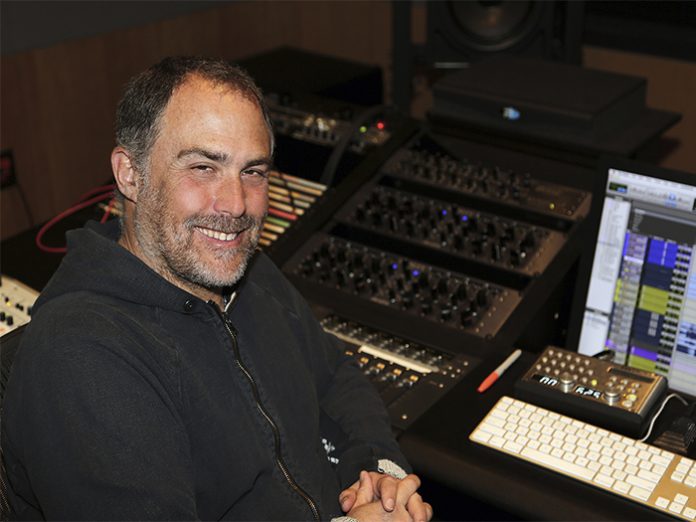 The recently released MGM/Paramount production of Death Wish is an action thriller that tells the story of a mild-mannered father (Bruce Willis) who is transformed into a killing machine after his family is torn apart by a violent act. For the film’s soundtrack a variety of ribbon microphones from Royer Labs of Burbank, CA were used.

Award winning independent engineer and scoring mixer Chris Fogel was the principal engineer for the recording of the film’s soundtrack. Fogel’s credits include projects such as Alanis Morissette’s Jagged Little Pill and box-office hits Black Panther, The Devil Wears Prada, Superbad, Creed, The Fault in Our Stars, and roughly 150 additional film projects. He discussed how he relied on Royer Labs’ microphones during the Death Wish project.

“Most of the recording took place at ELBO Studios in Glendale,” Fogel reported. “The only exception is the large orchestra and solo piano, which was recorded on the Streisand Stage at Sony Pictures Entertainment in Culver City. For this project, I used two Royer R-122V vacuum tube ribbon mics for the contrabass ensemble, and two R-122V’s were also deployed as orchestral woodwind overheads. I used an R-121 ribbon mic on the contrabassoon and another R-121 for electric guitar. The Royer SF-12 stereo ribbon mic was used to record percussion and I used the SF-24V vacuum tube stereo ribbon mic as a drum overhead as well as on piano.”

When queried about those characteristics that make the Royer ribbons so well-suited for his projects, Fogel offered the following thoughts. “I use my 122V’s on just about every recording I do,” he explained. “Though not unique to this particular project, one of the reasons I use them for woodwind overheads is because I can angle them slightly so that the null point is aiming towards the back of the strings, which gives me nice rejection. I also like how they shave some of the brittleness off the high winds—particularly piccolos. I like using the SF-12 as drum overheads for the same reason, with the added bonus of not having to worry about phasing, along with the high SPL they can handle.” For anyone in Fogel’s line of work, the ability to ask questions and get suggestions in timely fashion is a crucial concern.

When asked about Royer Labs’ customer and technical support services, he offered the following thoughts. “I’ve only ever had to send one mic back for repair, and it was handled very quickly. John Jennings at Royer has been great as well. He always responds quickly and has some very insightful information to share.”

Fogel said the following about his experience with Royer ribbons: “In Black Panther, I used my SF-12 as a room mic for the sabar ensembles in all the big fight scenes. And I used an R-122V on the solo talking drums that you hear throughout the film. I couldn’t be happier. I’ve said many times that if I had to choose three mics to live with for the rest of my life, one of them—perhaps even two—would be Royer.”