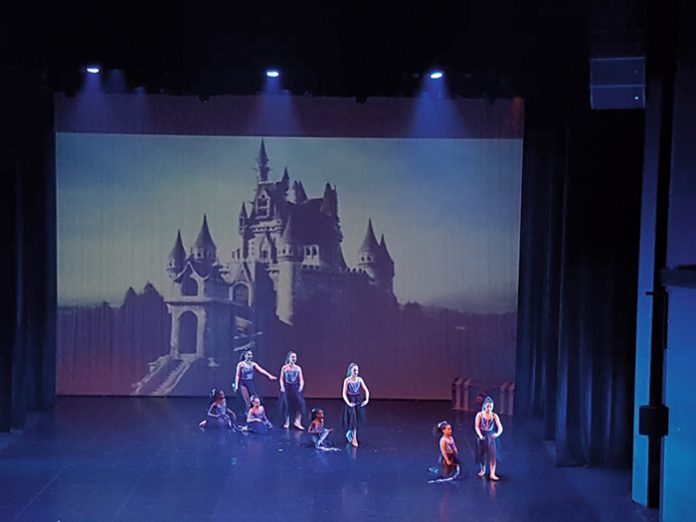 The Roodepoort Theatre has seen various transformations since opening her doors in 1981, but one of the most recent has been the investment of an L-Acoustics ARCS WiFo system supplied and installed by DWR Distribution earlier this year.

Initially presenting opera and symphony performances, today the Roodepoort Theatre is a dynamic and diverse receiving house that plays host to an array of shows ranging from ballets to musicals, revues, dramas, dance competitions, bands and live recordings.

Over the years the theatre has stayed abreast with the latest lighting equipment, while aesthetic renovations, including new seats and flooring, have created a fresh and modern look. The new L-Acoustics system enables the theatre to offer a professional service to external companies making use of their facilities and a quality experience for the audience.

“The venue accommodates 328 people and has steeply raked seating and a large stage,” said Chris Pugh from DWR Distribution. “The flown configuration consists of two ARCS Wide and four ARCS Focus with four SB18M subs. Side fills are comprised of two X8, while four 5XT do front fill duty. LA4X and LA12X amplifiers power the entire system. The end result is a smooth and beautiful sounding system.”

Hearing audio pass through the newly installed system for the first time was a ‘’watershed moment” (pun intended) for Technical Manager Melony Eksteen. “Growing up in a typical coloured community, our greatest resource as kids was the richness of our imagination and creativity,” said Melony. “I remember always being drawn to ‘behind the scenes kinda work’ as we fearlessly undertook to build modelling ramps and performance stages for beauty pageants and ‘Putting on the Hits’ (Talent shows), with whatever planks and bricks we could find. I would stand on these makeshift stages and feel utterly accomplished.”

Theatre was something foreign to Melony. “But I knew that I was interested in technical work….pressing buttons, plugging in cables and building stuff is what I knew it to be.”

In 2011, Melony completed a Live Events Technical and Production course with the South African Roadies Association (SARA), an opportunity she is deeply grateful for. During this time the newly built Soweto Theatre was near completion and Melony, along with a few other SARA students, was selected to help get the theatre production-ready.

There she met Loran Robertson, who was the GM of the Roodepoort Theatre at the time and was instrumental in the Soweto Theatre project, which interestingly enough, also has an L-Acoustics audio system.

“After the Soweto Theatre was launched and with failed hopes of employment, I went back to freelancing,” Melony recalls. “Then in 2013 Loran tracked me down and said there would be a sound technician position opening at the Roodepoort Theatre. She had to do some work at convincing me to apply as I was downright intimidated by the prospect of working in a theatre permanently…..how ironic? Theatre just felt like such a sacred space…..and that it is. Needless to say, my application was successful and I was employed as the Roodepoort Theatre’s Sound Technician.

“My first day and week on the job saw me completely taking apart the control room and rewiring it. I was super pedantic about neat cabling, but I’m a bit more relaxed about it now…. I’m not sure if that’s a good thing or not. This process proved valuable as I picked up on quite a few system gremlins and was able to correct them.”

With a deeply rooted passion for this job, Melony populated a list of everything she wanted to improve within the technical department and upgrading the PA system was a priority. “When the financial resources were finally available, we embarked on this project,” she says.

The new L-Acoustics PA was a great step in placing the Roodepoort Theatre on par with the professional industry standard. “It’s not just about the product though, but the support we get around that,” said Melony. “DWR is incredible with aftersales service and it gives me so much peace of mind knowing, through experience, that at any given time we can pick up the phone and get the support we need. We continue to receive positive feedback from old and new clients about our increased technical capacity and our beautiful sounding L-Acoustics PA system.”