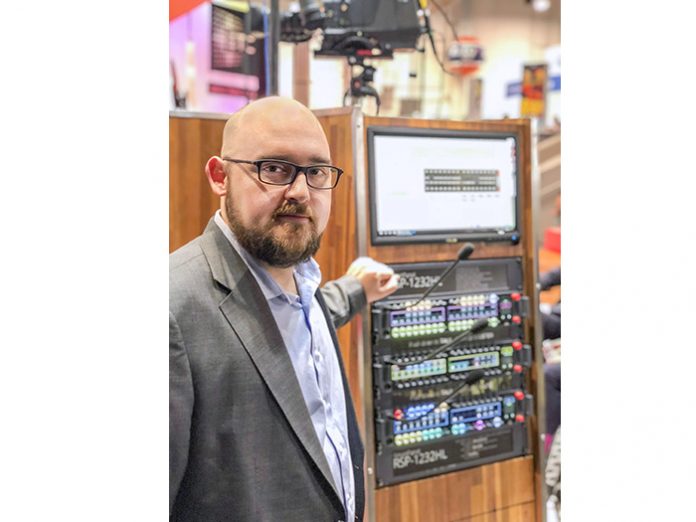 To address continued momentum and growth in North America, Riedel Communications today announced that Justin McClellan has been promoted from his previous role as system consultant to business development manager for the southern United States. At the same time, Stephen Remich will move from technical service to a system consultant position. McClellan now reports directly to Joyce Bente, President and CEO of Riedel North America, and Stephen reports to Rick Seegull, Manager of System Consulting at Riedel.

“It’s always rewarding to be able to promote up-and-coming talent, and Justin and Stephen are two of our brightest stars. Justin’s work in technical service and then system consulting has given him people skills he can now apply to his new sales role. And, of course, his intimate knowledge of Riedel products is already well established,” Joyce said. “Stephen has just started his career, and we are very happy he chose to start with us for what will certainly be a very successful career.”

Serving as system consultant for Riedel since 2013, McClellan managed RF and communications systems based on Riedel’s MediorNet, Artist, and Performer solutions for numerous high-profile events — including the 2014 CMT Music Awards, the 2014 Central American and Caribbean Games, and four episodes of CMT’s “Crossroads” program. Previously, he was RF/Comms Tech/Systems Engineer for Alford Media Services, and he also served as a technical student worker for the music department of Shawnee Community College while a student there.

Stephen is a recent graduate of Azusa Pacific University (APU), where he received a BFA in cinematic arts. While a student at APU, he served as an engineering intern, helping design, integrate, and maintain video, lighting, audio, intercom, and electrical systems for large corporate, concert, and sporting events. Stephen also served as a cinematic arts student worker at APU, gaining valuable experience diagnosing and fixing technical issues with a variety of cinematic equipment. As an independent contractor, he has worked in a variety of roles including audio assist, key grip, grip, electrician, and art production assistant.