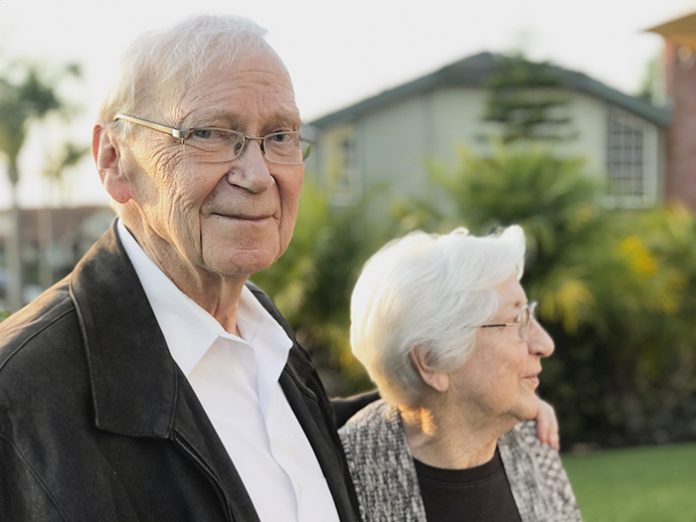 Harro Heinz, the co-founder of Renkus-Heinz, celebrated a major milestone on Dec. 14: his 90th birthday – an event that sits synchronously within the 40th year of the company that bears his name.

Harro founded the cutting-edge speaker company with Algis Renkus in 1979. A few years later Harro bought his partner out of the business and went on to build a visionary organization that changed the way we experience sound. Thanks to Heinz’ 40 years of innovation and invention, Renkus-Heinz became – and remains – synonymous with premium sound.

Important to note: the celebration is not a retirement. Harro still holds office hours as the Chairman of Renkus-Heinz. He is joined at work by three generations of the Heinz family and is involved in all aspects of the business: from engineering to manufacturing – each of which still occurs in-house at the Orange County headquarters. The company also continues to maintain a familial work atmosphere, with 20- and 30-year work anniversaries considered normal occurrences.

Harro was joined at the weekend celebration by family, work family, friends and Wolfgang Ahnert – the scientist and engineer who helped bring digitally steerable solutions to the pro audio world through years of research and product development with Renkus-Heinz. Heinz credits Ahnert’s work with making audio solutions more predictive and powerful – and with assisting many of Renkus-Heinz’ cutting-edge developments over the years.

Harro continues to consider the future of pro audio daily – and he shared a bit of his vision for the future even as he looks back at 40 years of Renkus-Heinz: Artificial Intelligence is coming to professional audio sooner than we expect. “We will very soon see a speaker that can be installed in a room and immediately configure itself to provide optimal sound,” Harro said. “The technology to digitally steer sound will soon be considered the standard because of how effectively it can be placed in a space.”

The focus will be increasingly on the audience. “When we look at the industry today we still see a lot of focus on the performers or the product,” Harro said. “That’s important, of course, as you have to have great content. But more important is that we look at the audience we serve, understand what they want, and deliver impressive experiences to them. Positioning sound with precision – and putting it on the audience – positions businesses for success.”

The future of pro audio – and visual – belongs to the inventors. “We see commoditization continue in the audio world,” Harro said. “What will set successful companies apart – whether they be manufacturers or integrators – will be the level of intelligence they can put behind their products and solutions. The future of A/V belongs to those willing to experiment.”