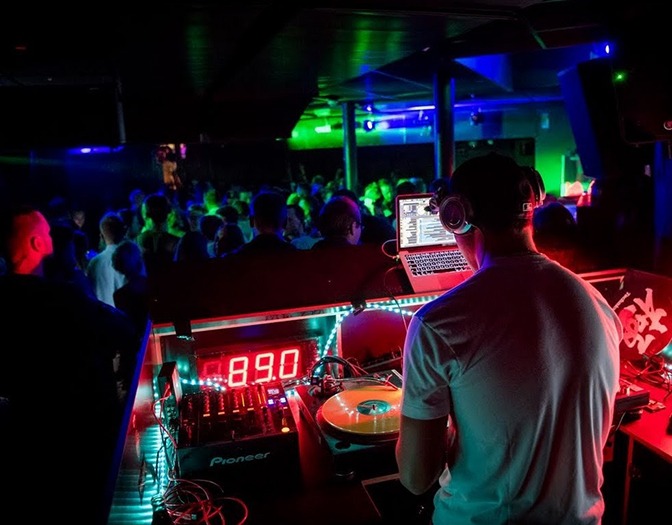 Powersoft amplification has been selected as a key component in the newly installed audio system at Roadhouse Luzern (Switzerland) – a bustling venue at the heart of the city’s party scene. Roadhouse proudly opens seven days-a-week, 365 days-a-year, offering live music in the shape of jam sessions, live concerts, special events and parties. In addition to these qualities, the venue’s ownership takes an equal amount of pride in the quality of its sound system.

Roadhouse originally sought a company to perform a general service on its existing audio setup, in addition to replacing a handful of defective or outdated components. After an exhaustive inventory – and with the future in mind – it became clear that a more comprehensive overhaul was the way to go.

Swiss company Skuma AG – a sound reinforcement specialist with over 40 years of experience – was awarded the contract for its Dante-capable overall concept, with the Powersoft gear distributed by Go Wild AG.

During the implementation period, the venue’s restaurant was to stay open seven days-a-week, with the existing system needing to be available right up until the change. This created a tight timeframe for the integrator, and presented a number of logistical challenges.

Roadhouse’s audio system was required to cover a number of zones, including the bar area on the ground floor, the first floor lounge, the main bar (on two floors with a DJ location), the smoking area, and the event bar, as well as providing background music in intermediate areas.

The system is driven using the full range of Powersoft’s Dante-enabled, fixed install-dedicated amplifiers, with three Quattrocanali 4804 DSP+D installed in the bar lounge, smoking and main bar areas; a Duecanali 1604+D for the intermediate areas, an Ottocanali 12K4 DSP+D (in Bridge mode) for the installed subwoofers and an X4 DSP+D for the event bar.

Due to the special requirements on site, a suitable location for the audio centre was evaluated first. Since the newly installed audio system should also remain very flexible in the long term – particularly in terms of DJ locations – the use of Dante-compatible components was essential.

A Symetrix Prism 4×4 was installed to take care of signal processing, with the four existing analogue I/O channels being preserved only for redundancy. Simple operations such as source selection and volume control can be operated from two different areas in the venue, while a Dante-capable Atterotech unDIO2x2+ I/O interface was installed at each of the three DJ locations to serve as source inputs.

To protect the speakers, the limiters were set directly in the Powersoft amps. This allowed the Symmetrix processors to save DSP power and meant that the settings were perfectly adapted to the connected speaker groups. The connections from the Symetrix DSP to the Powersoft power amplifiers are made by Dante.

After completion of the audio installation, the end user was able to make full use of an intuitive audio system that is eminently qualified to accommodate live music, as well as being reassuringly future-proof. A limitation was set on the system, in order to adhere to the legally prescribed dB limit in force in and around the venue.