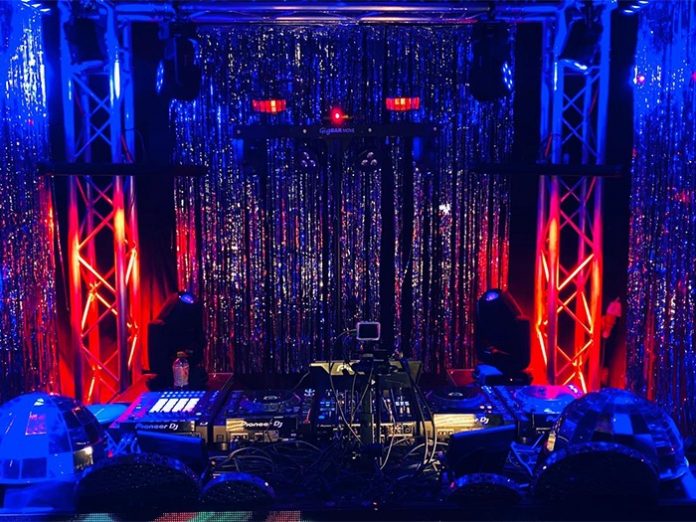 Pioneer DJ Germany and CHAUVET DJ have taken a major step to meet the burgeoning demand for livestream productions by collaborating on a multi-functional broadcast studio. Located in CHAUVET DJ’s German headquarters, the new facility is fully equipped to accommodate a range of production needs, from talks and product demos, to DJ sets and live band performances.

The production ready studio is outfitted with over 25 CHAUVET DJ fixtures. A full set of Pioneer DJ equipment is also in place, including the DJM-V10 Mixer, a DJS-1000 Performance-Sampler and the All-in-One unit XDJ-XZ.

For CHAUVET DJ and Pioneer DJ, the new collaboration is the result of a longstanding friendship between the two companies in Germany. “We already had an excellent partnership in the past,” said Marcus Gierkens, Country Manager from Pioneer DJ Germany. “Collaborations at trade shows like Musikmesse, where we shared our booth, as well as the workshops we’ve held together to educate people on how to connect music and light together are proof that both brands can profit from each other’s expertise.“

Both companies are already using the studio to communicate with customers. The popular Joy of Disco streaming series is being produced in the studio same as multiple product showcases, workshops and promotional videos.

CHAUVET DJ will also be using the studio to feature recent and upcoming products as well as workshops in German language. An upcoming example will be how to control CHAUVET DJ fixtures automatically within Pioneer DJ’s rekordbox software.

Rekordbox is also used to fully control the light show within the studio, which features an intense rig of CHAUVET DJ moving heads like the new pack-and-go system GigBar MOVE with two moving heads attached, four Intimidator Hybrid 140SR, and two Intimidator Trio, as well as four COLORband Pix-M USB units, four Freedom Flex H4 IP, and two EVE P-130 RGB fixtures. Also, one EVE P-100WW and one EVE E-50Z create base and front lighting at the studio, while one Kinta FX and one Hurricane Haze 1DX provide some additional effects to the scene.

A key component of this setup is the VIVID4 video wall placed in front of the surface. With its sharp colours, it can be used for different purposes, from DJ visuals and company logos during streams, to additional viewer information during workshops.

“It is no secret that music in any form profit from great light-shows and vice versa“, said Thomas Fischer, Managing Director of CHAUVET Germany. “Especially in these times, it is important to extend exciting partnerships and profit from each other strengths wherever possible. With Pioneer DJ we invited a trusted and reliable partner into our home.“