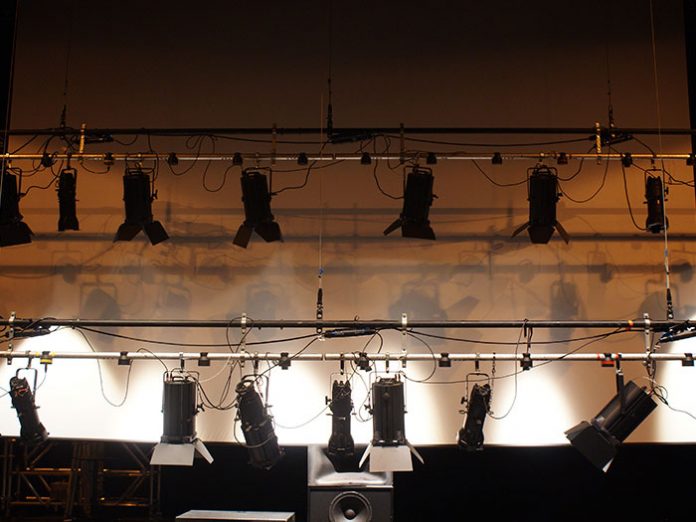 The new fixtures were supplied and fitted by entertainment technical specialist Stage Electrics, with whom the Key Theatre has a long-standing relationship. Stage Electrics Technical Sales Consultant, Andy Elsegood recommended the RAMA LED Fresnels as a crisp, white LED solution for the theatre’s range of stage lighting requirements.

Situated in the centre of Peterborough, the Key Theatre brings art, culture and entertainment to the heart of the city and sees a broad calendar of events including workshops, live music and dance performances.

Gary Linley, Key Theatre’s Technical Manager specifically wanted LED Fresnels with a clear white light and stated the Philips Selecon RAMA LED Fresnel seemed to be the only luminaire on the market specifically designed for that purpose.

The majority of the RAMA LED Fresnel fixtures are positioned directly above the stage in the Key Theatre auditorium, facing out towards the catwalk, which follows the shape of the thrust stage. From here the luminaires deliver a perfectly even cover with their seven to 60 degrees beam angle and soft edge, blending easily with adjacent beams.

Gary went on to explain that saving on power was a factor in choosing LED technology: “It was a green decision as well as a financial one. In addition to keeping costs down by consuming just 120watts of power each, the RAMA LED Fresnel’s heat output is minimised, keeping both the performers and audience cool.”

The new luminaires have already been used on a variety of performances, from music events, comedies, dramas and musicals.

Gary concluded with the following: “The RAMA LED Fresnel luminaires are performing very well and are easy to focus. I would recommend them to any theatre considering replacing their conventional Fresnels.”