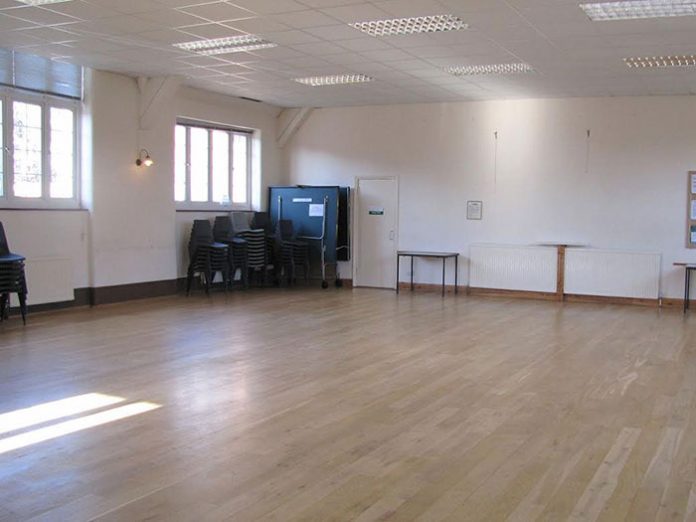 The Church’s Rector, The Reverend Dr Darrell Hannah is an enthusiastic supporter of sustainable energy and moved a private members motion in 2014 urging the Church of England’s National Investing Bodies to divest from fossil fuel companies and explore cleaner and more carbon conscious energy sources, which gave rise to a switch to Opus Energy as a supplier to All Saints.

Following on from that, Rev. Hannah was also a driving force in the decision to replace the incandescent sources in All Saints’ two halls for which CGA Integration, specialists in AV design and installation, was appointed.

“CGA Integration has enjoyed a long and good working relationship with Penn Elcom,” explains CGA AV Consultant Dave Bearman, “so with a wide range of premium LED products to select from, it was a natural choice to source replacement fixtures from them”.

“The Comus LED tube range was a perfect solution to replace the old fluorescent tubes and Penn had several options on LED substitutes or equivalents for all the other lighting fixtures that needed upgrading. We also knew we’d get the same superlative service as always”.

All Saints Church Hall is on the same site at the Victorian church itself and the King Edward Hall is two miles away. Both are in constant use year round for a variety of community based activities from yoga and tai chi to jumble sales and hosting a heterogeneity of society meetings from camera club to the organ society.

Eighteen 5ft and 6ft daylight white LED replacement tubes have been installed in the main hall, plus four more in the lobby area and two in the stores, together with a range of Osram and Integral LED replacement lamps for spot and pendant lights positioned around the peripheral areas.

Apart from making the environment hugely brighter and more usable with its CRI of 80+, lamp-changing and accessing the tubes via ladders is a thing of the past! The lamps inside the spot lights around the hall have been replaced with a warmer white LED which is perfect for creating the more ambient vibes for events like yoga classes, and they also now have the choice of the two colour temperatures or using a combination.

In King Edwards Hall, 48 x 4ft fluorescent tubes in a suspended ceiling have been replaced with the equivalent LED tubes from Penn. The installation process was extremely quick and simple; the Comus tubes come complete with an LED ‘starter’ which is simple to install in place of the fluorescent device. That and the lamps were simply inserted into the existing fittings and were ready to go.

With the two halls now consuming about half the energy of the previous lighting installation, it’s freeing up valuable money to go towards charitable causes supported by All Saints. Apart from this tangible cost saving, everyone using the facilities benefits from a better quality of light in which to work, engage and run their activities.

Razvan Vasiliu, from Penn Elcom’s LED team, which was fully involved in the project comments: “It is always a pleasure to work with CGA. The level of details and the accurate information they supplied helped us to produce an energy assessment that clearly highlighted the benefits of switching to LED lighting”.