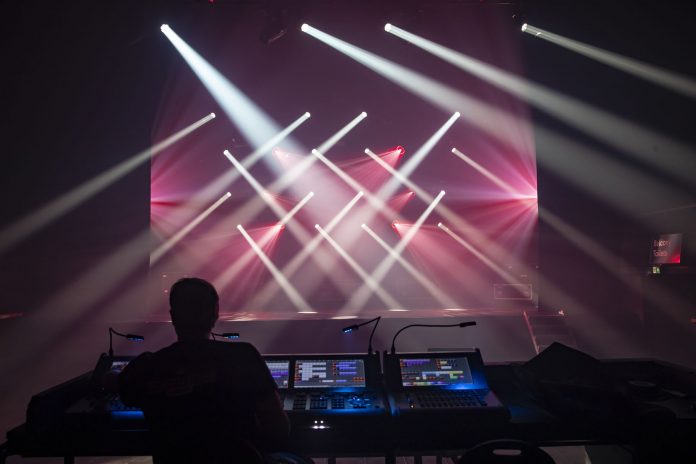 Robe ESPRITES have joined the house lighting rig at Patronaat in Haarlem, one of the core music venues in the northern Netherlands, which features two busy halls and a café area all hosting performances, a vibrant mix of rock and pop shows, banging club nights and dynamic music-based festival events.

The new fixtures were actually delivered at the start of 2020, but with successive Covid-19 lockdowns over the last 18 months, they have only started being used extensively since re-opening, explained head of lighting Robin van der Plas.

Twenty-four ESPRITES are installed in the main 950 capacity main hall, with the other 12 in the smaller second hall space, making up a total of 36 luminaires, all of them making a massive difference to the way shows can now be lit.

They effectively replace the first Robe fixtures in the house – 36 MMX Spots purchased in 2012 from Robe’s Benelux distributor, Controllux.

In the two years before 2020, 14 Robe Spiider LED wash beams and 48 LEDBeam 150s had also been added to the house rigs, together with 26 ParFect 150s, so Robe is a “hugely popular rider-friendly” choice explained technical manager Victor Jas, who joined the team in June 2021.

ESPRITES were chosen for their output and functionality including the shutters, which were a “major plus” commented Robin, who was also very keen on having a white source LED in the house. “They are great multipurpose lights that can be used for many tasks.”

Before making the commitment, Robin and Frits comparted ESPRITE with products from three other brands – including a shootout at the venue – and sought the opinions of their colleagues and freelance contacts, some of whom attended the shootout event. They wrote down their top picks on paper together with the reasons for their choices. “The ESPRITE easily came out on top,” stated Frits who has been part of the tech team for 15 years and will generally light any incoming artist without an LD.

He is delighted to have the ESPRITES in the rig. “Reliability is key,” he stated, adding that he likes the intensity, colour mixing and the shutters as well as “the speed of the fixture for programming”. He comments on how beautifully the colours match across all the different Robe fixture ranges.

Guest LDs are always happy to use the Patronaat’s systems and having such high production values in house means artists rarely need to bring in their own productions.
A Road Hog console provides control in both venues, and the small hall lighting rig is a scaled down version of the large one, with the 12 ESPRITES plus LEDBeam 150s instead of Spiiders.

Frits still loved the old MMX Spots before they were replaced, and in fact this is one of Robe’s ‘legacy’ fixtures which still very much has its own fan club.

Shows have gradually been able to re-start as audience numbers have increased slowly, and at time of writing (early November), Patronaat was able to run at 75% with an App testing system in place to make sure that everyone coming through the doors was negative or vaccinated. They were back to staging around 7 or 8 or more per week to make up for lost shows and meet the incredible public demand for live shows.