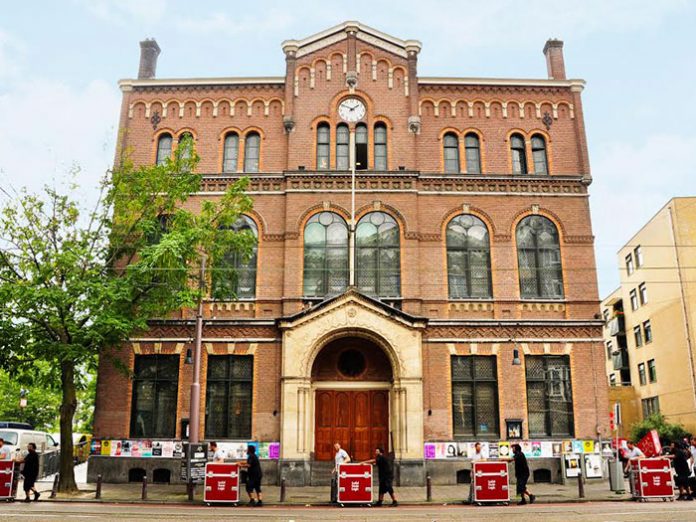 Central-Amsterdam music venue, Paradiso has chosen SSL Live consoles for both its front or house and monitor positions. Supplied by Dutch pro audio specialist and SSL partner will use Audio Electronics Mattijsen (AEM) and SSL L500 for the FOH and an L300 will be used for the monitors.

Paradiso opened in 1968 as the ‘Cosmic Relaxation Centre Paradiso’, after an abandoned church was squatted in 1967 by hippies intending to turn it into a music venue. Since then it has become an icon of popular culture, playing host to some of the biggest bands and artists in the world such as the late Prince, The Rolling Stones, Red Hot Chili Peppers, U2, and many more.

Marian Emmen is the Head of Sound and Production at Paradiso. “Because of the names we have coming here, we have to be at the top of our game,” she says. “System failure is not an option.

“Around 20-30 percent of acts bring their own Front of House desk, or monitor desk, or both. The rest will be using the SSLs, and might only have ten minutes to learn to use them… Sometimes we do mini festivals where we have five bands on in a night… We have one sound check, and the rest has to be done on the fly.

“Importantly, in Amsterdam there is great support from AEM – a solid company that has its own service department, which makes our system engineer very comfortable when it comes to maintenance and support. SSL is a well-known company with a great reputation for support and that definitely played a role in our decision to buy the Live consoles.”

It was during the test sessions that Paradiso’s Principal Sound Engineer Dick Versteegh was convinced: “It got into me,” he explains. “It has the wow factor. Other consoles have a lot of toys but with the SSL I thought, this is a sound desk… Everything has its place. It sounds musical. Everything has space without being separate… I also like the crazy amount of routing you can do. Some like it easy and simple, I sometimes like it a bit complicated. With this you can do either. With the Stem busses, being able to route to an output or another buss, I find myself dreaming about how I might layer a drum-kit!”

For visiting engineers who have not experienced SSL Live before, the set-up can be easily simplified to familiar input channels, traditional buss types, and straight forward fader layouts. “If you set it up properly,” continues Versteegh, “An engineer can ‘get it’ within five minutes and start mixing straight away… And of course it really helps that you can change things without disturbing the sound, that’s a big improvement on what we can do now”.

Rafael Nagelkerke, Product Specialist with Audio Electronics Mattijsen, comments: “The Amsterdam Paradiso is a legendary venue that has hosted an unbelievable string of the world’s very best artists in the centre of Amsterdam – it’s a four-decade long Who’s Who of music.

“In practice, Paradiso is a highly sophisticated and efficiently run operation with dozens of engineers doing over a thousand shows per year. We are extremely proud the Paradiso team decided SSL Live consoles were the one and only solution of choice after careful evaluation and demos.