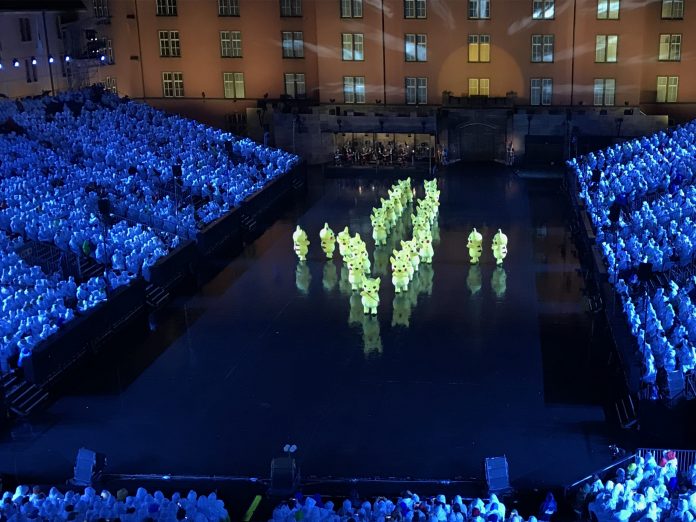 Alongside long-running premium West End and Broadway shows, which continue to fill theatres, TiMax will feature in at least eight spatial sound designs across Europe.

First up, Maria de Buenos Aires performed by Austria’s Oper Graz in an old jail complex which is part of the city’s Kasematten castle. The venue almost resembles a conventional theatre auditorium but with an ingenious retractable roof. TiMax SoundHub and Tracker were jointly specified by acoustic consultant Fabio Kaiser of Rohde Acoustics and immersive audio specialist Volker Verner of PDV Records Og.

The system was the first of a collaborative hybrid integration of TiMax real-time dynamic spatial reinforcement driving multi-dimensional Amadeus spatial reverberation to fully envelop and captivate the audience. Fabio Kaiser commented: “We had tremendous feedback from audience, conductor, singers and critics”.

Omar will also roll out the new system for arena-scale spatialisation of the Dolce Vita operatic show with the Berlin Radio Symphony Orchestra at the city’s 22000 capacity Waldbühne open-air amphitheatre.

The 2018 Basel Tattoo features TiMax once again, in its 13th consecutive year of marching band localisation and musical timing management, crewed by sound designer Thomas Strebel’s audiopool team and assisted on-site by Out Board’s Dave Haydon. Parts of the show then ship over to the UK for the world-renowned Edinburgh Tattoo, with Seb Frost sound designing – both outings also feature the new TiMax bespoke FPGA’s core and ground-breaking 500-Series StageSpace spatial rendering tools.

Finally back in Olten, Switzerland, audiopool sound designer Markus Luginbühl and project engineer Lukas Kalim from Winkler Livecom have chosen TiMax for spatial reinforcement of 100 actors with audience on three sides, for musical theatre productions of 1918.CH – 100 Jahre Landesstreik, marking the 100-year anniversary of Switzerland’s historic and only general strike.