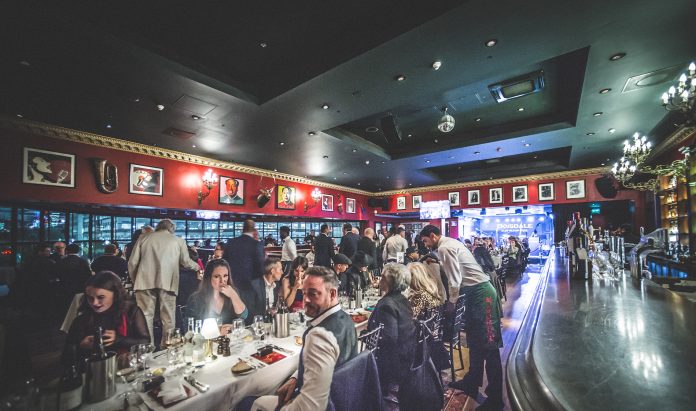 Boisdale live music restaurants are recognised as amongst the finest in London, with the recent Boisdale Music Awards providing a prestigious showcase for the group’s Canary Wharf venue in London’s Docklands.

Performers on the night enjoyed the use of a newly installed NEXO sound system, a further example of Boisdale’s commitment to excellence in its nightly staging of live music performances.

“We’ve had nothing but positive comments from visiting artists and sound engineers since installing the NEXO system,” said Boisdale Commercial and Marketing Director Adam Priestley. “It’s important that performers and audience alike experience the very best live sound, and that’s exactly what they get with NEXO.”

NEXO L15 subs are flown with the main clusters of 4 x NEXO GEO M620s, ensuring that every seat in the house at Boisdale Canary Wharf gets a great view of the stage as well as perfect sound coverage.

Presenting the award for Best Reggae Artist to guitarist, songwriter and producer Dennis Bovell was none other than NEXO’s own Andy Simmons. “It’s a great honour to present an award to a legend as Dennis, and a real pleasure to be at an event which celebrates such an exciting and diverse range of musical talent,” said Andy. “It’s what Boisdale is all about, and NEXO is proud to be a part of it.”