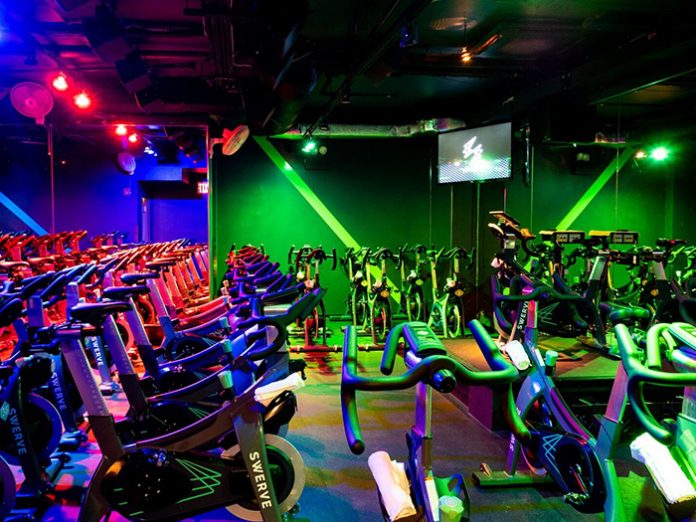 Swerve is an indoor cycling studio keeping its riders engaged in exercise through a unique, team-based competition structure and an electric atmosphere that is supercharged by a “dance club”-quality sound system with an Ashly Audio backbone.

Paul Bell, owner of PBell Sound, is the integrator who designed the professional sound systems at Swerve’s three New York studios. Bell said he approached the system design in the vein of a music venue – as opposed to a workout facility – from the start to ensure the music would be pumping both loudly and clearly throughout the facility.

To achieve this effect, Bell said: “It required a lot of speakers and making use of Ashly solutions. It’s really more like a dance club in terms of sound design because of how loud it gets inside. The room is filled with people, they do a great job of filling it up with bikes, and the instructor is able to motivate everyone through a microphone as they play the playlist they’ve designed for the class. The result is a really different and really exciting experience.”

Swerve assigns riders to one of several teams in an effort to keep them motivated and accountable. The competition – which reports results live on screens in the facility during workouts – is amplified thanks to an impressively loud audio experience designed to keep people moving. A single studio features 15 loudspeakers along the ceilings. At the back wall, loudspeakers are set on a slight delay to ensure immersive sound no matter where you end up cycling on any given day.

Subwoofers are located beneath the stage where the instructor cycles. Other areas such as locker rooms and bathrooms also have sound.

The system is designed to allow an instructor to utilise a platform on an articulating arm with all necessary inputs for a portable music device. Several Ashly WR-5 remote controls allow the system to be controlled intuitively by all staff.

Further, the systems are identical at each studio – allowing staff to quickly integrate to the new locations if they work at more than one studio.

“We’ve designed the system in a way that it follows the same process for each studio they build,” Paul said. “They see this as the right formula – from the sound that is provided to the level of control they’re given. The customers are very happy and Swerve has built a great following. Ashly is the group that helps me make that kind of outcome happen – all the way from the power to the control it provides.”