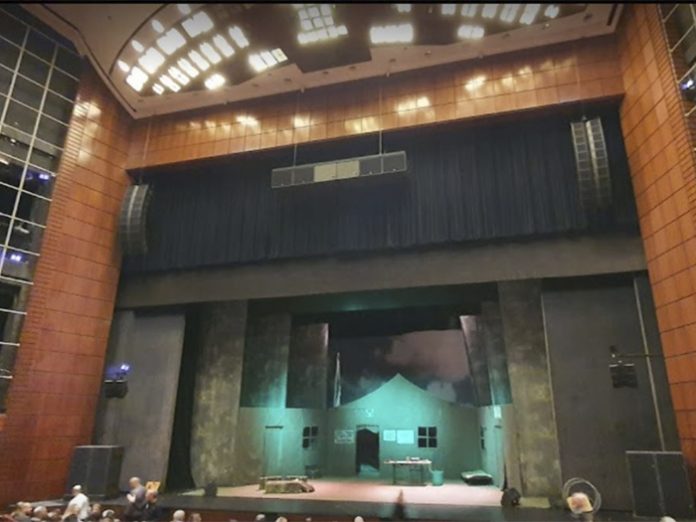 Meir Nitzan Rishon LeZion Cultural Hall is hailed as the most prestigious and beautiful performance hall in Israel. In 2019, the Hall’s team decided to upgrade its audio system, the ultimate aim being to offer a first-class system that would significantly reduce the need for visiting productions to carry their own equipment, thus reducing the environmental impact of transportation. To achieve this, L-Acoustics K Series was installed.

Constructed 20 years ago and located just eight kilometres from Tel Aviv, the Hall is known for its excellent acoustics, the comfort of its seating and, above all, its discerning audiences. The multi-purpose venue includes a large auditorium of 970 seats – where the new system was installed – a smaller auditorium of 250 seats and dance halls, both large and small. The main auditorium hosts a full range of productions, from drama and musical theatre to classical concerts and rock and roll. The venue also serves as the home of the Israeli Symphony Orchestra Rishon LeZion as well as hosting the annual International Spring Festival, which features first-rate artists from Israel and around the world.

At the beginning of the project, the Hall employed the services of award-winning AV consultant, Harel Tabibi. A public tender was produced, with Tabibi overseeing a shootout between three leading loudspeaker manufacturers.

“The tender process was extremely stringent,” said Harel. “Clear goals were set: the system needed to sound good for a wide variety of shows, from theater shows to rock shows, and be acceptable for technicians of visiting touring companies. L-Acoustics was the clear winner because it not only fulfilled that brief, but also offered the best value for money.”

With L-Acoustics selected, Harel worked alongside the manufacturer’s Israeli distributor, Lightone, whose Assa Efrat produced the Soundvision file for Tabibi’s design, and installation company Charmer Group Ltd. Efrat ensured Tabibi’s design would deliver the ultimate in sound while taking into account the architectural design and the need to ensure the system would not impinge on sightlines.

Harel’s final design comprises main hangs of 10 Kara(i), left and right of the stage, with lower fills of three Kiva II per side, mounted lower down on the proscenium walls. Six SB18i subs are flown centrally, with two floor-stacked SB28 per side. Front fill is courtesy of four X8 evenly spaced across the stage lip. Delays for the upper balcony are three further X8, suspended from the auditorium ceiling.

“My original design was for the subs to be left and right, but Assa advised that six subs in the centre would be a better configuration for overall efficiency and to achieve a very consistent LF coverage across the room,” said Harel. “It works perfectly but required some ingenuity to rig.”

“There are two balconies, the second of which is very high, and two ceilings, the first of which curves away from just above the top of the Kara hangs,” added Lightone’s Tal Cohen. “This was one of the biggest challenges and made rigging the system very complicated. To have the subs level with the top of the Kara hangs on the proscenium arch, we needed to build a special rigging frame.”

The installation was completed over three months, with the venue remaining open throughout. “We had to work whenever the venue wasn’t operating, which meant most things happened overnight and early in the morning,” recalled Tal “We had just three days at the end of the installation where the Hall was completely empty, then another two or three days for final tuning and adjustments.”

The results speak for themselves: the venue reports that since installation, all visiting productions have opted to use the new L-Acoustics house system. “This is an outstanding installation,” said Paz Kropero, technical manager at the Hall. “From the day the system was finished, every visiting company has used and very much like it. This is exactly what we were aiming for.”