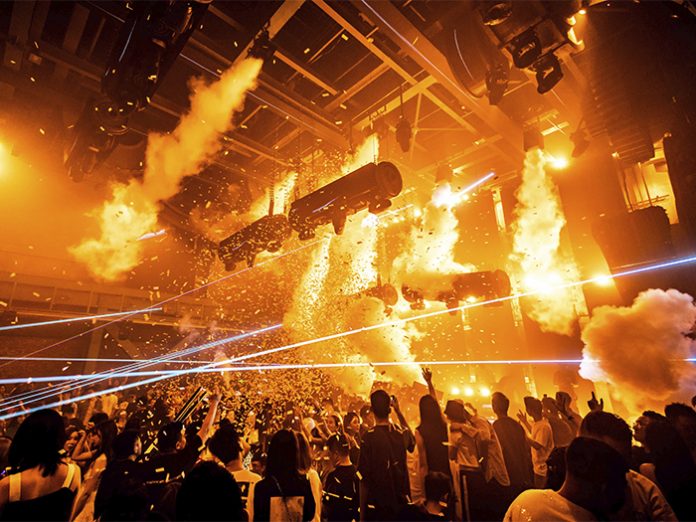 Hangzhou is the capital of the Zhejiang province on China’s eastern seaboard, and considered one of the country’s most prosperous areas. Its diverse nightlife scene has just been further enriched with the opening of a brand new One Third club destination in a former locomotive depot, another of the NOA’s Arc Group’s premium entertainment ventures.

The third in the chain (including one in Beijing) the 2,500 capacity dance venue, specialising in Hard style, has been equipped with Martin Audio’s award-winning MLA Multicellular Loudspeaker Array.

This was supplied to the Dutch creative team, Live Legends, and their creative director Daan Oomen by Martin Audio’s Chinese distributor, Sino Hui Feng, who worked hard to win the project with the Martin Audio bid to ensure One Third Hangzhou stands out in a competitive marketplace.

The One Third vibe is all about the story of an old locomotive factory that comes to life. Live Legends delivered all creative elements from concept to execution, including show production, interior and technical design which included coordinating all the visual disciplines and optimising the guest experience with their usual flair and imagination.

With the One Third identity built on quality and reflecting a ‘gold standard’ in clubbing, Live Legends was asked onboard, to bring their extensive skills, knowledge and visions from the world of live events.

After sampling several competitive sound systems, it was decided that MLA would be perfect for this application and that Martin Audio overall was the best loudspeaker partner for all the subsidiary spaces.

As with almost every Chinese club, the main room is filled with VIP tables as opposed to being an open dancefloor; however here the mid-section can be removed to create a full dancefloor / standing area. There were several aspects of continuity with the original One Third Beijing installation, but One Third Hangzhou is much larger and more ambitious in scale, with enhanced technical features to wow the crowds.

The 2,500-capacity club’s multi-layered main room design features a large balcony / with industrial style first-floor runways on the long sides. There is a mezzanine and 12 sizable VIP rooms. The main hall can host 2,000 people for a standard club night, and the full capacity should they decide on a concert setup.

The system has proved to be a big hit, and speaking of the impact created, a spokesman for the operators said it delivers “the best live show ever.”

It’s intended that One Third Hangzhou will be another landmark for the city which has been awarded the 2022 Asian Games, and is an emerging technology hub.