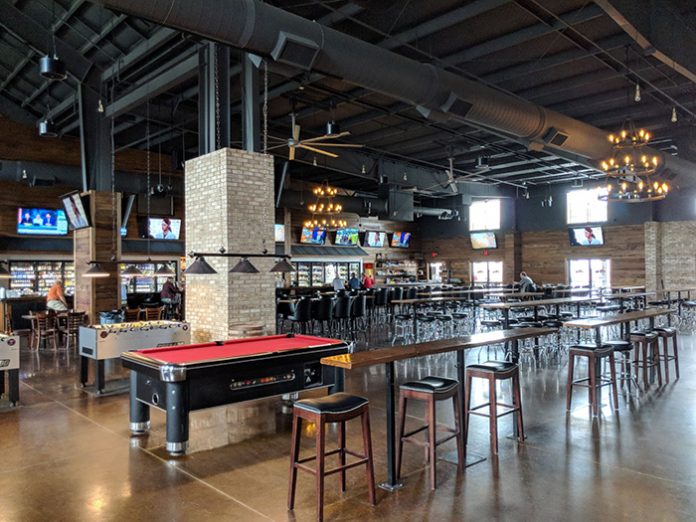 Marikka’s German restaurant, bar, brewery, and volleyball complex in Lexington, Kentucky, has been a local and regional hit for three decades. Now, a new sound system from Bose Professional is making it an even bigger hit. AV integrator Crave Systems, with support from the Technical Audio Team from Stampede Presentation Products, designed and installed a large distributed audio system covering a total of seven separate zones throughout the property.

Andy Martinez, Owner of Crave Systems, says the challenges this project presented included the need to be able to closely control multiple zones through which multiple audio sources were to be routed, and the need to keep sound levels in check without losing the impact for areas that need coverage. “The sources include Pandora digital radio, a digital jukebox, an Apple TV system and DIRECTV, so there was a lot to manage, and it all had to be individually controllable for each area,” he explained. “The ESP-880 solves the management issues. For instance, when someone in the bar pays to hear songs on the digital jukebox, the ESP-880 senses that and automatically lowers the background music playing in the bar, raising the jukebox sound a bit above that. And the ESP-880 interfaces seamlessly with the restaurant’s RTI management systems for the televisions and video sources. That makes overall systems management very easy.”

Martinez notes that the pole-mounted Panaray speakers solved a longstanding problem in which raising the volume of the previous system in order to cover the outdoor volleyball court could blast those sitting on the outdoor bar patio. “The Panaray speakers give us great pattern control, so we can keep the sound on the court and away from the patio, which has its own set of speakers,” he said.

Doug Tackett, Sr., Marikka’s founder and Co-Owner (with his son Doug Tackett, Jr.), has long been a fan of Bose sound. “We had some Bose speakers in here before, and they were great,” he commented. “As we grew, we needed to expand the system. Now, we have the latest Bose equipment, and it’s clear that it is the ideal solution for Marikka’s.”