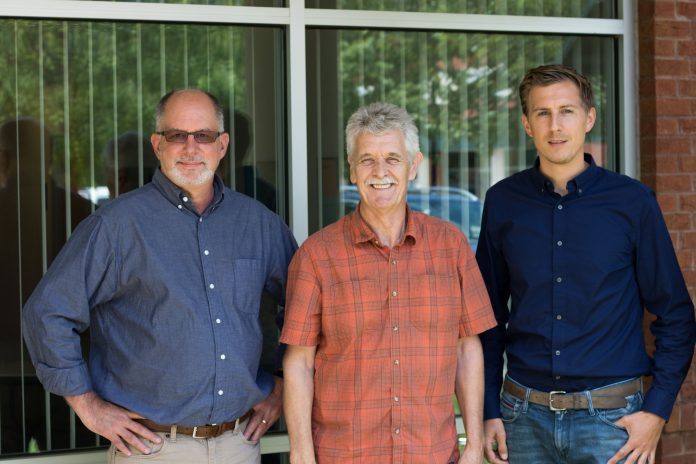 Colin Beveridge, CEO of d&b corporation since its inception in the mid-1990s has transferred his responsibilities for d&b audiotechnik in the Americas to the next generation as part of a planned retirement. Following the transition, Colin will remain on board as Senior Strategic Advisor for the management team in the Americas and company headquarters in Backnang, Germany, a welcome sign of his continued commitment to d&b.

His successor, William Cornell, has been named as the new Territory Manager for the Americas and President/CEO of d&b audiotechnik’s US Group, effective from10th July 2017. “I will support William in a direct role until February 2018 to ensure a smooth transition,” informs Colin. “Like our audio systems, the essential character and performance of d&b will remain consistent but it will be rejuvenated by the energy I know William will bring to his new role. What is important now is to concentrate on ensuring a smooth transition, then to focus on the future endeavours of d&b in my new role.”

William, who has been with d&b for thirteen years was previously responsible for Sales and Technical Services in the USA however, in his new role he will report to Chief Sales Officer, Stephan Greiner of whom is based in Backnang, Germany. Also effective from 10th July, Jan Scheffels has now moved into the newly created post of Chief Operating Officer of d&b audiotechnik in the Americas. In this new role Jan will undertake responsibility for Customer Service, Finance/Controlling, Human Resources and the IT department. Already relocated from Germany to the US, Jan will be based in Asheville, North Carolina from where he will report to the new CEO, William.

“We would like to say a big thank you to Colin for his ground breaking work and many successes over the years,” says Group CEO Amnon Harman, “Under his responsibility d&b in North America has grown from an almost unknown German brand to one of the leading providers of professional audio solutions in the Americas. This market now stands for 30% of the revenue of d&b worldwide and I am convinced that our powerful team across the Americas will further develop this growth market under the leadership of William and Jan.”

William Cornell joined d&b in Asheville in 2004 to build up the sales organisation, developing a long term growth strategy. In recent years, he has successfully built up the partner network and direct sales in the US with the company’s increased focus on growing installation and other markets whilst sustaining its strong position in the field of live audio and so consequently, the Americas is all set to leverage further from this strategy. “I am more than excited about the opportunities ahead of us,” says William, “To know I will be working with our outstanding team in realising the huge potential of d&b in the Americas is the best situation that any incoming CEO could ever wish for.”

Before accepting the role of Chief Operating Officer Jan Scheffels was Head of Corporate Development at d&b, managing several strategic projects relating to sales, operational improvement, strategic partnerships and organisational development. Prior to joining the company in 2014, Jan held senior positions in two strategy and management consultancies in Germany, focussing on business performance improvement, strategy and organisational development as well as mergers and acquisitions.