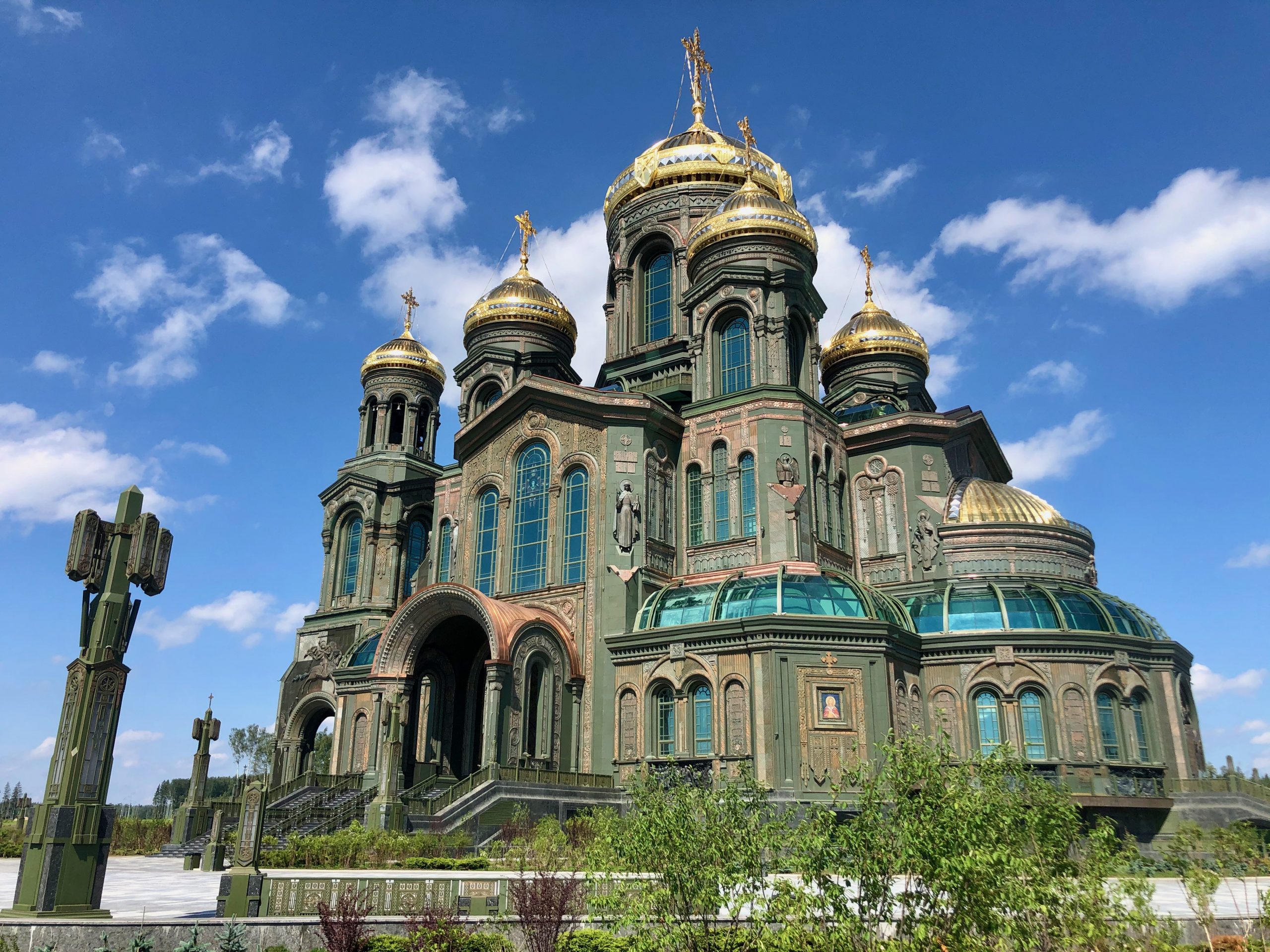 In 2020, a new addition to the park came in the form of the Main Cathedral of the Russian Armed Forces. Standing at 75-metres tall, the exact number of years since World War II ended, the cathedral took 18 months to build and honours the 75th anniversary of Russia’s victory and all participants in the Great Patriotic War. The stunning structure was manually crafted by hundreds of mosaic artists who covered the interior piece by piece in mesmerising art.

Russia has a history of erecting temples in memory of victories, including the Cathedral of Christ the Saviour, which honours the victory of Russian troops over Napoleon’s French Army in 1812. Thinking precisely about the audiovisual technology inside the iconic buildings, however, is something of a new concept. Russia-based system integrators, Avilex, were behind the myriad technology installed throughout Patriot Park in 2016 and were brought back to work on the site in 2020, tasked with supplying the cathedral with an innovative sound and broadcast system that would be as timeless as the architecture.

“Generally, in Russia, there are not many churches equipped with high-quality, modern audiovisual technology. So, together with the client, we studied and discovered the rules and requirements for church AV setups,” explained Alexey Samokhin, Creative Producer at Avilex. “One of the main venues we visited was the Cathedral of Christ the Saviour in Moscow, which is probably the most famous temple in Russia. It hosts all of the top church events of the year with attendance of country officials and hundreds of VIP guests. We studied how processes were organised and where the demand for technology was. This included figuring out which zones were involved, the roles of each zone, where listeners and the choir were placed and what could be improved by using AV technology.”

Avilex has a unique approach to large-scale projects such as the Main Cathedral of the Russian Armed Forces. For the team to be able to keep their full focus on the project, a temporary project team is brought in to live onsite during deployment. “Every large construction site is a living organism involving hundreds of different suppliers, often influencing our part of the job. To keep it sufficiently organised, all of the right members of the crew must always be at the right positions to really feel the pulse of the site. That’s the only way to deliver this type of project on time,” furthered Alexey.

During the implementation of the audiovisual technology, it was important to the client that the equipment used was as invisible as possible, so that it wouldn’t take away from the magnificent mosaic art and period paintings on the interior and exterior of the church. To overcome this, Avilex carried out acoustical calculations using EASE software for both indoor and outdoor areas. Then, when it came to place the audiovisual equipment, it had to be approved by the architects and then re-calculated based on its actual positioning.

Read the full article in our latest issue.