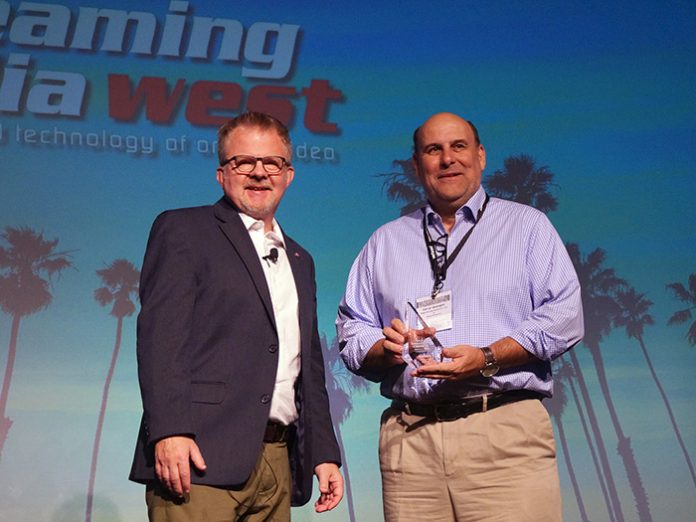 Magewell is honoured to announce that the company’s USB Capture Plus family of plug-and-play, external video capture devices has won the 2017 Streaming Media Readers’ Choice Award in the ‘Capture Hardware’ category. Regarded as one of the most prestigious accolades in the online video industry, the award was presented during the Streaming Media West conference and exhibition in Huntington Beach, California.

Now in their eleventh year, the Readers’ Choice Awards are held annually by Streaming Media magazine to honour the best online video solutions as independently judged by end users and readers, rather than by the publication’s staff. More than 37,000 votes were cast in this year’s balloting across 31 categories spanning the streaming ecosystem.

“It is a tremendous honour to win a Streaming Media Readers’ Choice Award, which is particularly meaningful because it is judged by the people our products are designed to empower — the end users of streaming technology,” said Nick Ma, CEO and CTO at Magewell. “Our goal is to provide easy-to-use, high-performance products that enable more and more people — from hobbyists to professionals — to affordably create high-quality streaming content. This award is a strong indication that we are continuing to succeed, and we thank the readers of Streaming Media and our users for choosing us.”

Darryl Spangler, president of Magewell distributor Mobile Video Devices, accepted the award on Magewell’s behalf at the California ceremony. Last month, Magewell was also named to the 2017 Streaming Media 100 as one of the “companies that matter most in online video” by the magazine’s own panel of experts.

Three HD models and two 4K configurations in the USB Capture Plus family provide a flexible choice of input connectivity and capture resolution. High-quality video processing such as up/down/cross-conversion and image adjustments are performed by the devices’ integrated FPGA, without taking valuable host system CPU cycles away from third-party software. USB Capture Plus devices are compatible with Windows, Mac and Linux operating systems, with the included USB Capture Utility software giving users advanced control of parameters and settings.

Founded in 2011, Magewell focuses on the core technology of video and audio processing. With guiding principles of continuous innovation and providing customers with outstanding support, Magewell has earned a strong reputation for the exceptional quality, performance and reliability of its I/O devices. Distributed globally, Magewell products are used in a wide array of professional video applications including broadcast, live event streaming, medical imaging, lecture capture, surveillance, video conferencing, gaming and more.