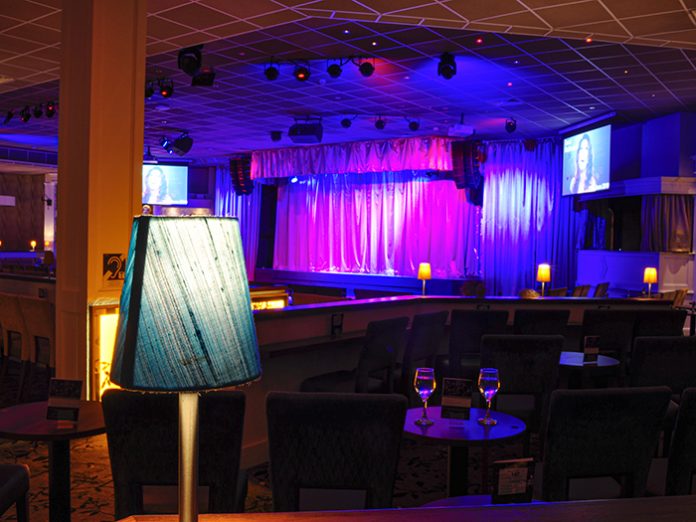 Warner Leisure Hotels owns a chain of 14 rural and coastal hotels around the UK. It boasts luxury breaks in Grade I & II listed manors with bespoke packages that include famous faces from the stage, screen and radio in West End-quality performances at Warner’s venues.

With increasingly bigger productions, Warner’s focus is on providing an outstanding guest experience. To this end, it recently undertook a major upgrade to the sound system in the ballroom at its Cricket St. Thomas Manor Hotel in Somerset – reputed haunt of Lord Nelson and Lady Hamilton and the setting for much of 1980s TV comedy To the Manor Born – selecting an L-Acoustics Kiva II system to improve audio coverage and fulfil rider expectations for the venue’s busy entertainment programme.

“Billy Ocean, Aswad, 10CC and Jane McDonald have previously performed here, and we have an exciting line up for the coming months. All of these bigger acts, their engineers and production teams, expect to have a top calibre PA system. We used to hire in and ground stack systems, which served the purpose but as a temporary installation, you can’t cover the room comprehensively and there are aesthetic sightline issues with two big stacks of PA,” explained David Hall, Head of Technical at Cricket St Thomas. “We also always struggled to deliver even coverage throughout the room – with the house or hired system – to ensure all guests have the same audio experience.”

“As a touring sound engineer, I’ve worked with Adlib at various festivals and events and have always been very impressed with how they operate,” commented David. “Adlib is well known and trusted for big festival productions and the staff are professional and very knowledgeable. I wanted to translate that kind of production infrastructure to this installation project.”

Adlib set about fulfilling the client brief, selecting L-Acoustics as the ideal choice for a rider friendly PA system, which is aesthetically pleasing in a hotel environment and would solve coverage issues in the room. The resulting L-Acoustics system design comprised two hangs of six Kiva II line source loudspeakers, six SB15m subwoofers in a flown arc sub array, one X12 to provide a delay in the furthest part of the room, and three 5XT compact loudspeakers where the ceiling drops down to a much lower level.

“The choice of Kiva II as the mid high element was straightforward,” explained Tim. “The biggest challenge that we had to face was getting even sub coverage in the asymmetrical room, which greatly limited our choices. The existing subs were positioned left and right in alcoves under the stage but if we replicated that, we would have created exactly the same power alley effect that we were trying to avoid. We couldn’t put a centre cluster or a line source on the floor because there’s a motorised pull out section of the stage. So, by process of elimination, we needed to go up. Consequently, we created a flown arc sub array and the result is exceptionally even coverage throughout the whole venue.”

Complementing the loudspeaker system, Adlib installed two L-Acoustics LA12X amplified controllers, and a QSC Q-Sys core processor for system routing and control, interfacing to the house or guest consoles and providing a user-friendly touchscreen front end for staff.
In this way, the LA12X can be monitored and controlled on a day-to-day basis, whilst ensuring that none of their parameters can be accidentally changed.

Employing L-Acoustics’ fully-featured plugin to interface Q-Sys with the L-Acoustics amplified controllers, Adlib built a script whereby the system can be turned on or off with a single button press, including sequencing the power on the amps, pilot tone function for testing and maintenance, as well as pulling in telemetry from the amplifiers, and display metering, power status or limit/thermal warnings on the touchscreen.

“The Q-Sys system also controls power/mute sequencing providing a one-touch ‘on/off’ button for users whilst offering management an ‘emergency volume control’ for the rare occasions when visiting engineers are not mixing to a level appropriate for Warner’s guests,” Tim added.

Q-Sys also provides integration of the existing voice evacuation message player linked to the fire alarm system. When triggered, this routes a spoken message to the L-Acoustics loudspeaker system, muting all other inputs in the process.

“One of the challenges of this project was the fact that the hotel enjoys a very high occupancy rate of 94 to 96% year round, meaning there was no period where they could close the hotel or even just the entertainment suite, so we had to schedule our work around the programme,” said Tim. “The show did go on every night, and I’m very proud of the fact that we managed to get the entire system delivered, installed, configured and used on its first show within a week.”

“The new system has been very well received by guests, and the atmosphere is tenfold what it used to be,” concluded David. “Audience engagement now spans the whole room, so whether you’re sat in the front row or the back corner, you’ll hear the vocals clearly and feel that kick drum hitting you in the chest. I knew there would be a difference, but I didn’t expect it to be such a noticeable change!”