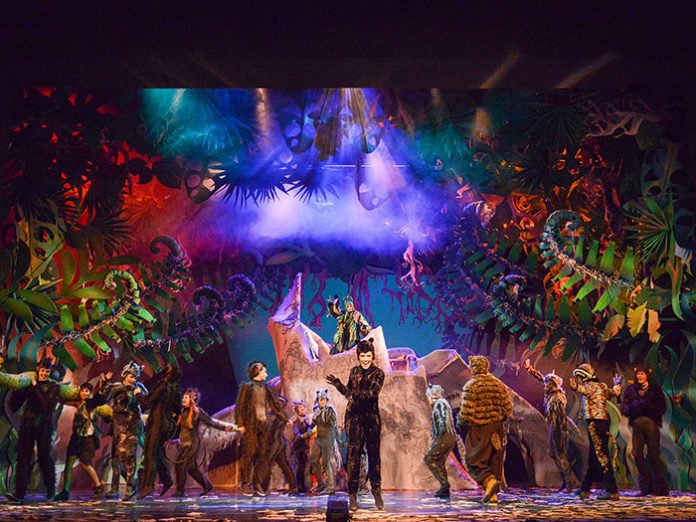 The Istrian National Theatre is located in the stunning medieval port city of Pula on the Istrian peninsula in Croatia and is one of the most important cultural institutions in the region, renowned for the quality and innovation of its productions.

It has a 720-seat main auditorium and they produce around 10 new works per year, mainly drama or modern dance, plus one children’s production. The original building dates back to 1871 when the theatre opened. It was reconstructed in 1918 and extensive further restoration and upgrade work was undertaken in 1989 including the installation of a new fly tower, which made it capable of staging far more ambitious productions.

Recently, the theatre has invested in Robe moving lights – following a growing trend for theatres not just to look for more flexible and adaptable options, but also to look at LED and other long-term energy saving alternatives that involve greater cost efficiency.

Dario Družeta is the venue’s technical Director for Lighting. He is also a lighting designer and responsible for lighting most of the shows there. He explained that over the last three years they have purchased a number of different Robe fixtures – LEDWash 600s, Actor 6’s (a static version of the LEDWash 600) MMX Spots, DL4S Profiles and ParFect 100s… all of which have been delivered by Robe’s Croatian distributor, LAV Studio.

The first Robe lights were the LEDWash 600s. They started looking at these because they were well made and reliable and they’d started noticing that other theatres around Europe were using them, as well as Dario having been recommended by other LDs, theatre technicians and technical managers.

The purchase was confirmed after an LAV Studio workshop event that was staged at the venue, and shortly after this Dario was the first person to use LEDWashes in a Croatian theatre show, when he used the Istrian National Theatre’s LEDWash 600s in a production that he lit at the National Theatre in Zagreb.

Following that experience, he knew that the Pula venue would really benefit from having them in the house system. The stage is a decent size 20-metres wide by 30-metres deep, with good headroom of around 20-metres.

The theatre is part state part city funded, and it also has to make a working profit, so budgets are tight and they have to make their cap ex investments judiciously each year.

The LEDWashes were an immediate hit with everyone working at the venue. Dario enjoyed the luxury of smooth and versatile colour mixing and the beautifully homogenised lightsource as well as the sheer power of the fixture.

These were quickly followed by the Actor 6 purchase. The unit offers all the same colour mixing features in a static format. After that they needed some profiles and wanted to continue with Robe, so MMX Spots were a well-priced choice, and also small enough to be very practical.

The ParFects were an all-round solid purchase which are in use on every  production and have increased the ongoing commitment to LED lighting technology and reducing the overall carbon footprint.

The Istrian National theatre describes itself as a multifunctional space and sometimes stages concerts and other events, and so the Robes are handy for lighting these, and visiting LDs are always impressed when they arrive and see the range of lights available.

They have an ETC Ion console for control. “The fixtures are all small, they are well made, reliable and cost-effective to run, so they tick all our boxes,” concluded Dario, adding that he is intending to keep adding to the Robe inventory.