In the July / August issue, we feature an interview with Dave Liang, the Founder of PR Lighting, who spoke about his early beginnings in the industry and how PR Lighting has grown into one of the leading professional lighting manufacturers. Definitely one to check out!

We’ve focussed on architectural audio installations across the globe in our report, which includes a real variety of impressive venues. There’s plenty of show reports from LLB, KOBA, Palm Expo and Infocomm, too.

AudioFocus recently opened up their headquarters in Brussels to showcase their ARES 12i line array with a live demo, so we went along to hear the system in action

Elsewhere, there’s our Product Guide, which focusses on Moving Heads – we have included a whole host of products from a range manufacturers.

In the venue section, we report on the impressive audio installations at two of the Euro 2016 stadiums – Allianz Riviera and Stade Pierre-Mauroy – by Electro-Voice. Also in the EMEA region, we take a look at the technology installed at Lock, Stock & Barrel, a venue that goes against the usual glitz and glamour of Dubai. Over in the Americas, following their success with other venues, Hakkasan Group have worked with the same teams to deliver Jewel in Las Vegas – a high-end nightclub that’s been given a huge revamp. Also, in the APAC region, we have an in-depth feature on Ovation of the Seas, a cruise ship that has been equipped with some of the very best technology available – a fascinating project all round.

P.S: Our new awards website is now live! Check it out here: www.mondodrawards.com 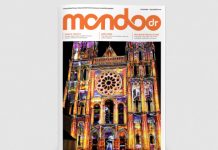 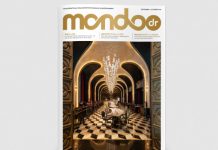 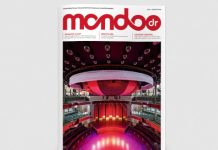